There are few music artists in the world right now who can say they are performing as successfully as ex-One Directioner Harry Styles. From his humble beginnings on the X Factor, Styles now sits as the 4th most listened to person in the world on Spotify as of the time of writing. His brand new album ‘Harry’s House’ is a big reason for this continued dominance, with the record cementing his legacy as something far more than a boy-band novelty act. 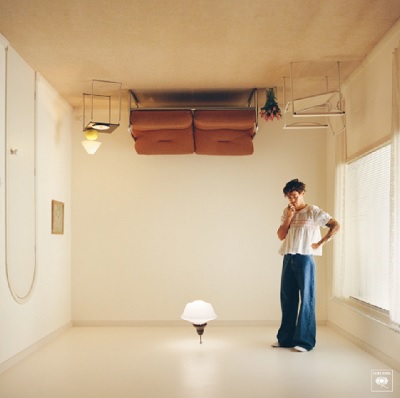 Styles sets the tone for the album right off the bat with record opener Music for a Sushi Restaurant, with this track having a funky sounding bassline that carries it forward and shows off the different musical directions Styles chooses to go in on this record. There is also a groovy feeling to the following track Late Night Talking, whilst heavier rock elements are also explored on tracks Satellite and Daylight, with the latter two being ready-made for exploding at live shows.

Of course there are also a fair share of acoustic pop ballads throughout the record, that fit the mould of song that Styles’ solo career has been largely characterised by. These tracks are used to explore various deeper themes. The beautiful tune Matilda tackles family related issues by telling the story of a girl who has fallen out with her family, whilst the soft and soothing Boyfriends shines light of the issue of unhealthy romantic relationships. However, the most moving song on the album has got to be Little Freak. Here Styles sings about what can be interpreted as an ex-partner, with light instrumentation driving home the heartbreak than can be felt in the track. To add to how emotional the song is, speculation has already cropped up that the song is about late TV presenter Caroline Flack, whom Styles was in a relationship previously.

As a whole the album has a very upbeat feel to it from start to finish. Even when Styles goes into deeper, emotional themes there is a sense of optimism that can be felt in the acoustic guitar that accompanies his soft vocals. Whilst the record’s happy nature leads to a few songs feeling like rather generic pop songs, Styles epitomises what a chart-topping pop hit should be in the album’s lead single, As It Was. In impressive fashion this song manages to find the perfect formula between being a catchy, chart-worthy tune, whilst retaining the musical style that Styles has tried to catch on the record as a whole. Much like many other songs on the record, its feel good nature is created mainly by a combination of nippy guitar riffs, groovy basslines and funky drumbeats. These musical elements give the record a very 80’s feel that helps Styles create what is a brilliantly bright collection of songs.

‘Harry’s House’ is a perfect next step in Styles’ still young solo career. It is a record that shows he is continuing to evolve his musical style, and yet another layer of maturity is apparent in the lyrics and the music in general that makes up this album. Whilst not every song on ‘Harry’s House’ hits the mark, the majority do, and showcase the talent Styles has developed in a number of different ways.