Five years on from staging one of the most successful comebacks of the decade, Steps are celebrating their 25 years in style with The Platinum Collection. The album is packed full of their greatest hits from 1997 to 2022 and will be released on the 19th August, via Sony Music. Accompanying the announcement, Steps have also revealed their new Platinum Megamix, listen here, a fabulous reminder of all their gigantic hits from the past two and a half decades.

Steps are one of the UK’s most successful and loved acts and this Platinum Collection includes all their biggest and best hits including #1’s Heartbeat/Tragedy and Stomp plus epic comeback singles Scared Of The Dark and What The Future Holds alongside classics including One For Sorrow and Deeper Shade of Blue, full tracklisting below. The band’s previous two Greatest Hits collections, Gold released in 2001 and The Ultimate Collection in 2011 both topped the Official Albums Chart and contained tracks from their first 3 studio albums Step One, Steptacular and Buzz. Platinum Collection not only features some of those highlights but also their smash hits from three further albums Tears On The Dancefloor, What The Future Holds and What The Future Holds Pt. 2. All three of those albums charted at #2 and between them yielded 3 iTunes #1’s and 10 Radio 2 A-List singles. Showing no signs of slowing down, this current era of Steps has now outlasted their original 1997 to 2001 run, and fans need not fear, there is still plenty more to come. 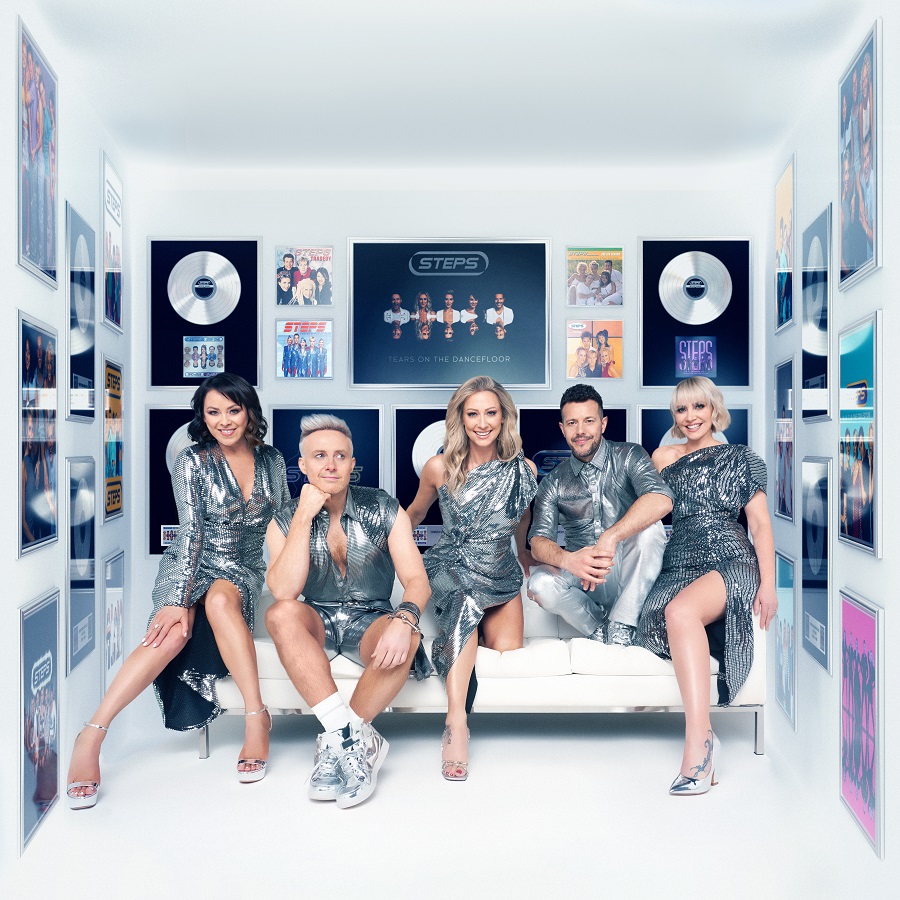 Speaking of the Platinum Collection, Steps add: “We cannot believe this year marks our 25th anniversary! Someone recently mentioned that the latest era of Steps has actually now outlasted our original run which was a delightful surprise. This anniversary marks the perfect moment to take a look back at everything we’ve achieved as a band. We realised that we’ve released a full 3 new studio albums since our last Greatest Hits so it felt like time to combine all our hits on one package. We’ve recorded two brand-new tracks for the album and presto, the ‘Platinum Collection’ was born. It was such good fun listening back at 25 years of our songs and we hope you enjoy this trip down memory lane as much we did”.

The Platinum Collection is available to pre-order now in various formats including Standard CD, Deluxe 2CD, Vinyl, Cassette and Digital. There will also be 5 very special solo editions, each with unique bonus tracks of the band’s favourite songs from across their career. To pre-order, visit www.OfficialSteps.lnk.to/PlatinumCollection.

A firm live favourite, Steps are touring around the UK this Summer with dates on sale now. The five-piece kick off their Summer shows with a headline show at the Mighty Hoopla Festival in London on June 3rd. To purchase tickets, please visit https://www.stepsofficial.co.uk/. Full dates are listed below.

Scared Of The Dark
Deeper Shade of Blue
One for Sorrow
Heartbreak In This City w/ Michelle Visage
Tragedy
Love’s Got a Hold on My Heart
What The Future Holds
Last Thing on My Mind
It’s the Way You Make Me Feel
Stomp
Something In Your Eyes
Chain Reaction
Story Of A Heart
Summer of Love
5, 6, 7, 8
Better the Devil You Know
Neon Blue
Better Best Forgotten
Heartbeat
Hard 2 Forget – NEW TRACK
The Runner (Platinum Version) – NEW TRACK