After seven years since One Direction split up, Louis Tomlinson has released his second solo album, Faith in the Future, heavily drawing inspiration from Brit Rock. In recent years Louis has been on a journey to find his own authentic sound, with previous solo releases exploring EDM dance pop such as Just Hold On with Steve Aoki and Back to You featuring Bebe Rexha. However now Louis is focusing more on making music he loves and grew up listening to such as the classic 00s indie pop rock. Although fans may criticise Louis for his change in direction, he has stated ‘just because I was in a band then doesn’t mean that that’s me now’ which is understandable. 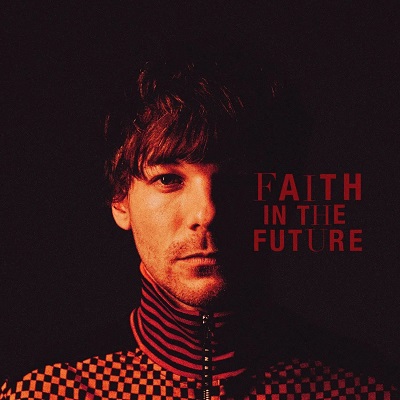 Louis sets the indie tone of Faith in the Future with the opening track The Greatest, which features an energetic drum beat and stand out guitar moments, even experimenting with a soft string section in the middle of the track. With Saturdays, a cooler heartbreak anthem focusing on a slower guitar melody and conversational lyrics, which will allow for a good sing-along and lights up in the air moment at his live shows.

What is exciting about Faith in the Future is Louis’ collaboration with producer Mike Crossey, whose famous repertoire includes the Arctic Monkey’s Favourite Worst Nightmare album. As well as some of the biggest alternative names in the industry like The 1975, The Killers and Wolf Alice. Mike helped produce the lead single, Bigger Than Me, which disappointingly sounds like a mediocre pop rendition of an Oasis classic. However Lucky Again is a slight improvement which emits authentic indie energy from start to finish and makes for an enjoyable listen. But overall, the collaboration did not live up to expectations.

Ironically, it is the tracks that Mike didn’t help produce that sound like they’ve jumped straight out of an Arctic Monkeys album. With Louis attempting his best Brit Pop accent on Headline and Out Of My System featuring a strong drum beat and iconic 00s Arctic Monkeys guitar riff. However, Louis lacks the high energy of an indie lead singer and the carefully crafted lyrics of Alex Turner, sticking with cliche themes of disaster and demons portrayed by uninspiring vocals.

It’s a daunting landscape for Louis to navigate his solo career, there certainly is a lot of pressure on him to live up to expectations after his fellow bandmates’ successes. Including Harry Styles having two number one albums under his belt, Niall Horan having successful hits like This Town and Slow Hands, and Zayn Malik collaborating with the queen of pop, Taylor Swift, on I Don’t Want To Live Forever. It’s great to hear Louis making music that is authentic to himself, but it appears he still has a long way to go to truly find his sound sonically; as the majority of Faith in the Future felt like one big imitation of popular indie bands such as Arctic Monkeys and Oasis, rather than Louis Tomlinson .