Multi-platinum recording artist Harry Styles announces the rescheduled dates for his world tour, in addition to new shows added across the globe. Styles will kick off his colossal 32-city outing with three brand new stadium dates in the U.K. in June, and a further four stadiums in Europe including a brand new show at Glasgow Ibrox Stadium, Manchester Emirates Old Trafford and London Wembley Stadium through June. The tour will continue in July with rescheduled arena dates in Europe, as well as a new show at Accor Arena in Paris, before concluding in Latin America later this year. All existing tickets for rescheduled shows will remain valid. Tickets for the new shows go on general sale 9am on Friday 28 January at LiveNation.co.uk. Tickets are also available at gigsandtours.com and ticketmaster.co.uk.

Special guests include Mitski on the UK dates, Arlo Parks in Dublin, Wolf Alice on select European dates and Koffee across all Latin American dates.

Tickets go on sale for Harry Styles’ Love On Tour 2022 9am on Friday 28 January at LiveNation.co.uk. Tickets are also available at gigsandtours.com and ticketmaster.co.uk.

Full tour dates can be found on hstyles.co.uk 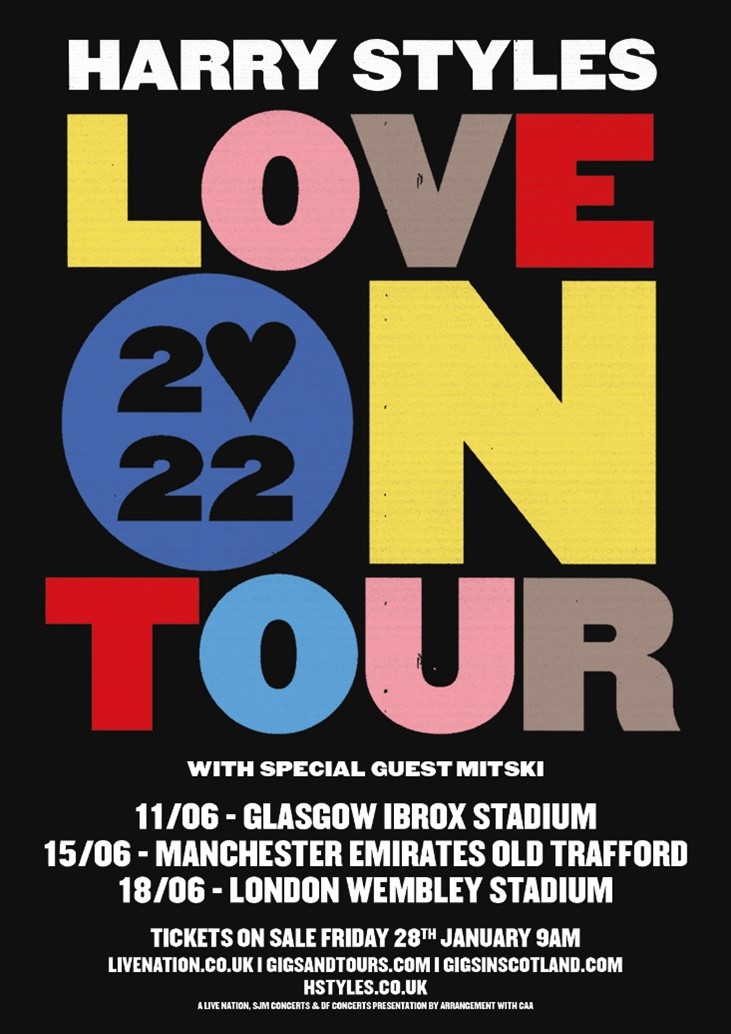 News: Steps Announce Details Of What The Future Holds Tour Blu-Ray and CD