Everyone who knows me knows that one of the biggest loves of my life is music. Most of those people also know that, of the music that I hold nearest and dearest to me, one shines out above all others – Roxette. Yes, I am a sucker for the timeless power ballads and energetic, hook fueled brilliance of the bands up-tempo gems and when it comes to picking our favorites amongst the bands enormous catalogue, we (the ‘Roxers’ of the world), like fans of any band or artist, all have our own personal preferences.

From time to time we like to take a break from reviewing the latest releases on Renowned For Sound to look back at the music that has inspired us as individuals. A nod to the greats, if you will, and with a new live DVD on the way from the band, what better time for a little reminiscing. Yesterday I revealed my Top 10 favorite Roxette pop hits (Click here to see the list) so join me today as I count down our personal Top 10 favorite Roxette ballads…

One of the bands biggest hits, this track is pure gold. This is a track that provides an example of why Roxette are so iconic in the world of pop music and why they are one of Sweden’s biggest exports. Though its a ballad and though it touches an emotional nerve, it is also uplifting in its delivery with Per’s masterful guitar work and Marie’s exquisite vocals uniting perfectly here.

Taken form the bands 1999 techno-inspired masterpiece, Have A Nice Day, It Will Take A Long Long Time also found an uncredited spot on the Julia Roberts and Richard Gere flick, Runaway Bride. The track is a gorgeous addition to the bands catalogue mixing acoustic guitars, a flowing dream sequence, a gorgeous backdrop of strings – a theme heard throughout the HAND release – and of course, Marie’s captivating and emotional vocals that are some of the finest heard from the blonde superstar!

While the film that this track was offered to (Super Mario Bros.) was a flop, Almost Unreal is regarded by many as one of Roxette’s best hits. The song (just like It Must Have Been Love) wasn’t included on any of Roxette’s albums apart from the greatest hits collections or the 2009 album reissues that the band released.

This is Roxette doing exactly what they do so brilliantly – writing and delivering inspiring power ballads. This one is fairly unknown in certain parts of the world which is a real shame. It’s one of the tracks I usually use as an example when I am hit with the question “Roxette? Didn’t they break up in the nineties?”. I adore the hook heavy bridge of this track and Marie and Per’s gorgeous vocal harmonies. The video for this one is touching also.

Another favorite from the Have A Nice Day release, the harmonies in the bridges of this track were what caught my ear when I first heard this track back in ’99. It is a power-ballad by the very definition of the term. Marie sings the track with genuine conviction, just like the other ballads on Have A Nice Day and the inclusion of Per taking lead on the bridge with Marie providing an injection of sweet vocal support is goosebump inducing. The lyrics to the track are also heavenly with lines like “I do believe in flowers on the moon / I’ll swim beside the golden tide” adding to this tracks flawless unveiling.

No Roxette favorites list would be complete without a nod to this classic. Probably one of the bands most well known hits, this one made it onto the soundtrack of the Julia Roberts and Richard Geer rom-com, Pretty Woman and helped Roxette become a household name in the U.S. The track also seems to find a place on many Valentines Day themed releases – strange given the track boasts the message of “It must have been love but it’s over now… Hmmm. Perhaps not the best message for a day like this but the track is a timeless power ballad that has aged like a fine wine.

A couple of the songs from Have a Nice Day are included in this list as well as within my list of favorite pop hits by the band and for good reason. Beautiful Things is the album closer for Have A Nice Day and in my opinion, is Roxette at their songwriting best. The message of the track is hard-hitting; someone longing just to talk about their problems. The line “is there someone I can talk to, someone out there on the line, does anybody want to hear whats on my mind” just pulls at the heartstrings. The enormous strings arrangement is spectacular on this track as well as Marie’s breathy tones, adding to the desperation of the songs distressed theme.

Firstly, if you haven’t seen the video to this track, I encourage you to do so. Not many know this but long before directing videos for Lady Gaga (Paparazzi, Telephone) and Madonna (Ray of Light), Jonas Ackerland was responsible for many of Roxette’s music videos and this is his finest piece of work. Anyone is also one of Roxette’s finest recordings. Heartbreak drips from every note on this track with Marie desperately trying to convey to the listener the pain of losing someone that you love and delivering moving lines like “lying awake in an ocean of teardrops, I float away”. The instrumentation of the track is truly epic – the strings are out in full force here and they compliment the feeling of despair within this gem.

I’m sure that the addition of this track will come as a surprise to many fans and will be met by the thought of “never heard of it” by others, particularly as it is so high on my list. I Don’t Want To Get Hurt has always been a favorite of mine within the Roxette catalogue. The track is the closing newbie from the bands 1995 Don’t Bore Us, Get To The Chorus greatest hits collection. It was the only track on that collection that wasn’t released as a single and I’m actually quite happy about that as this has, in a way, helped keep this track a bit of a hidden gem. I’ve always love synth and string coated pop music and the quality of this on the track mixed with the piano-led intro and outro and Marie’s plea of not wanting to be hurt anymore as she has “done her time” is heart-wrenching.

Spending My Time is, in my opinion, the greatest musical creation of all time. Every Roxette fan has their favorite Roxette song and this is definitely mine. It is such an emotionally charged and exquisitely delivered song and a penning that I compare all others. There is something about the acoustic guitar and Marie’s captivating, driving vocal delivery that raises the hair on my arms every time I hear this track. 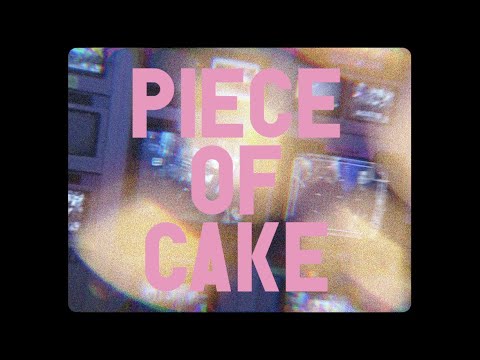