This weekend Renowned For Sound made a very special trip over to Stockholm to see a very special Unplugged show by Per Gessle – one of musics most celebrated and successful musicians.

Gessle has lived multiple musical lives and each has been garnered with acclaim. Outside of his global mainstream success as one half of Roxette, where he was solely responsible for writing international hits including The Look, It Must Have Been Love, Listen To Your Heart, Joyride and dozens more, he has also been the founding frontman of the hugely successful pop/rock band, Gyllene Tider. While the bands success lies predominantly in the Nordic region, they are one of the most successful Swedish language bands of all time. As someone famous for never taking a break or limiting himself as an artist, Gessle has also maintained a hugely successful solo career; releasing albums in both Swedish and English over the last few decades. He has also released a record under the moniker of Son of a Plumber and formed virtual electro-pop band, Mono Mind.

The only shadow that comes close to encroaching on Gessle when it comes to Sweden’s musical successes is pop goliaths, ABBA. But, when it comes to consistency and longevity as a touring and recording artist, there really is no competition.

With so many hits under his belt, penned across so many projects, compiling a set list for a new tour must be a pretty difficult task; a task he has now had to complete with his latest Unplugged Swedish tour – a tour we were refusing to miss. 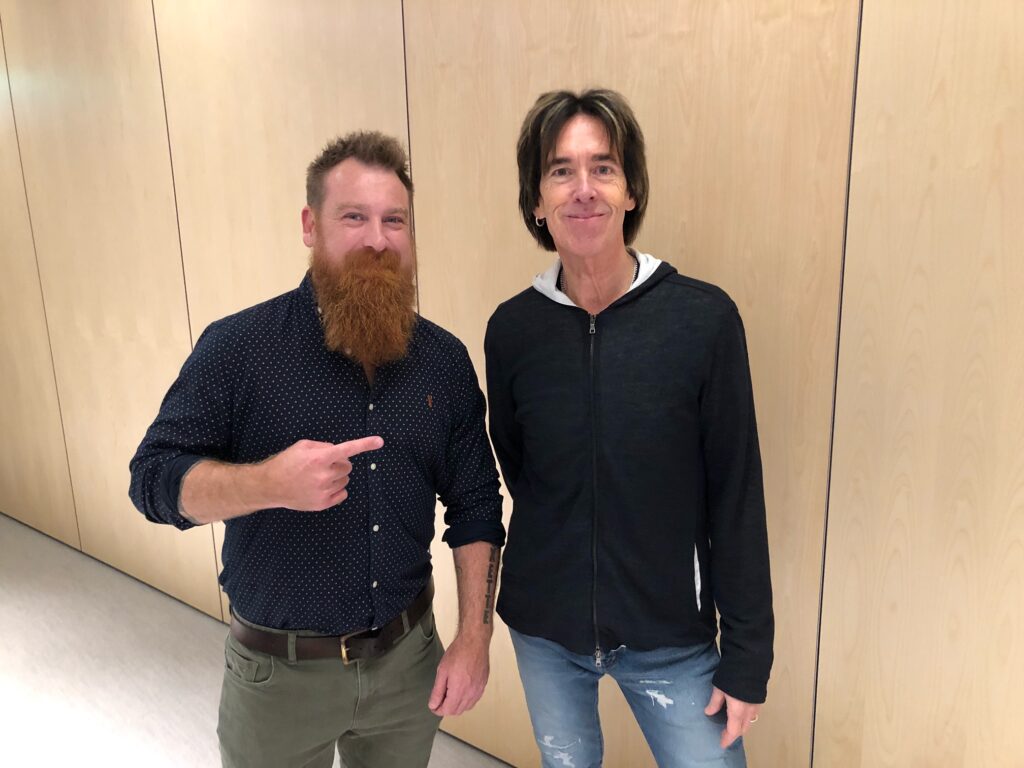 Ahead of the show I was treated to a backstage handshake and photo with the legend himself. There is a famous saying; “Never meet your idols!”. They say this because in the event of an idol being less than expected – or even worse, a complete ass – your entire view of them and their music, and what their music means to you, can change significantly (I won’t divulge, but there’s a reason I no longer listen to Tom Jones – I’ll just leave that there). While I have met quite a few famous faces over the years, I think I really struck gold with Roxette being my favourite band. I was fortunate to have met Marie before her passing and I have now met Per 5 times; every encounter being kind and generous and incredibly welcoming. He has time for you and wants to make you feel that feeling everyone gets when they have just met someone they look up to. But it goes even further than this with Per because it’s those around him that are also welcoming. From his band mates to his amazing tour manager, Bo, his long time manager, Marie Dimberg and the staff he has behind the scenes at each show – he makes a point of keeping friendly and accommodating people around him. They are always willing to help you out or make you feel comfortable.

After a brief chat and a cheeky photo with Per I also took the opportunity to have him sign a copy of the Look Sharp album and Spending My Time single cover, to add to my growing list of autographed memorabilia. 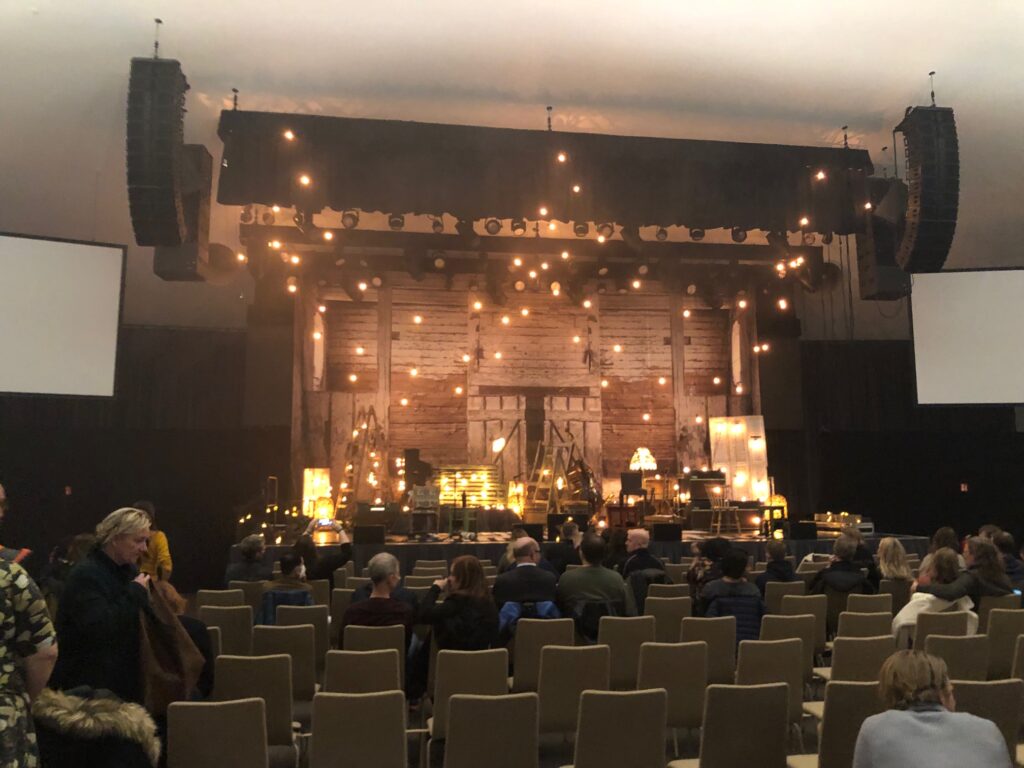 As I sipped a cup of coffee and unfroze from the chilly Nordic frosts outside and watched the merchandise stand in the foyer being stocked with colourful tour T-shirts’ and a batch of freshly signed posters, big-grinned punters gradually descended upon the Filidelfia Convention Centre; many donning tour T-shirts or Roxette tote bags to show their loyalty to Sweden’s golden boy of pop.

Unlike shows in London where 9pm kickoff is the normal, Stockholm started things off fairly early and eager with a start time of around 8pm.

The set list the star delivered was a sweet pic-mix of his Swedish recordings as a solo artist, his work as frontman of hugely successful rock pop outfit, Gyllene Tider and of course, Roxette. While weighed more towards Gyllene Tiders catalogue, it was a set list celebrating one of the most talented and successful songwriters in music history.

Opening the show was the Gyllene Tider number, Kung av Sand where Gessle quickly exercised his harmonic playing skills beside Lundquist’s swooping sliding guitar and some gorgeous tones delivered by Josefsson. The track, like the majority of the set list, was stripped back to its raw, acoustic bones and set the tone for the night right from the very beginning. It was one of over a dozen GT songs dished up to fans during the night; amongst them an upbeat rock’n’roll seasoned Det hjärta som brinner encouraging the crowd to heartily clap the beat for the band. 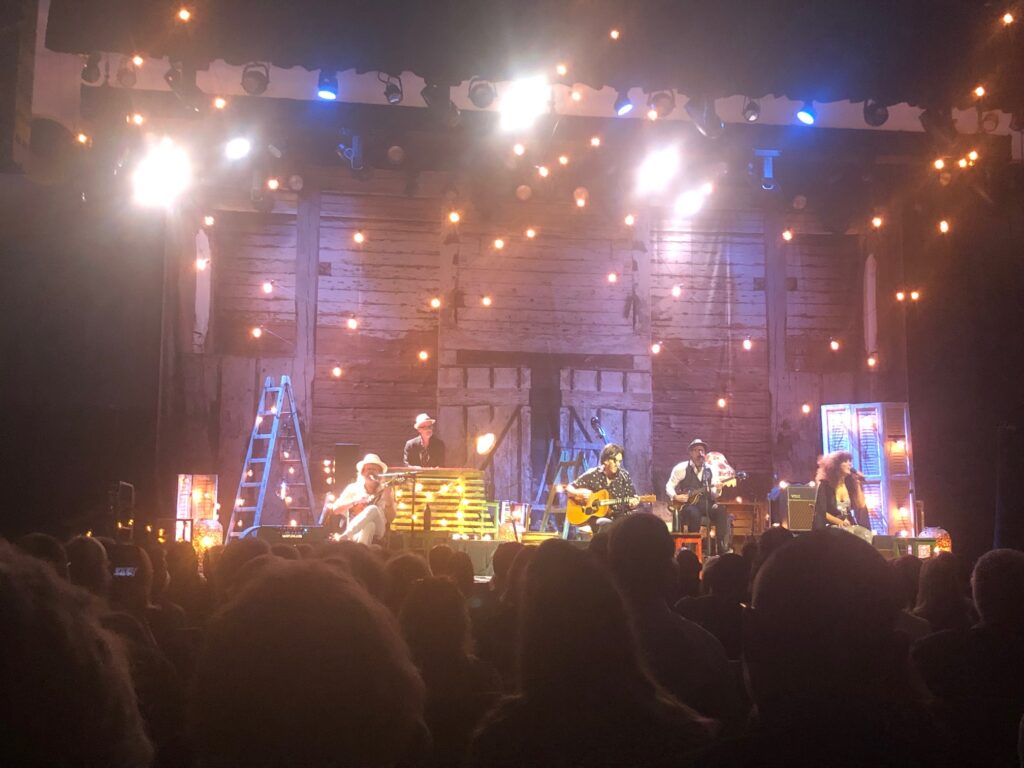 The venues stillness was almost eerie at points. The audience was so engaged with the show that at times you could hear a pin drop. During performances of the musicians more gentle numbers, only the occasional approving murmur between friends as they shared their opinions of the show, or the light rustling of a bag could be heard; each number getting the crowds absolute attention.

With Gessle was the usual tour sidekicks – a barefooted Christoffer Lundquist who was dressed head to toes in white and sat to Gessle’s right; usually with his trusty slide guitar placed comfortably on his lap. To the rear left was the legendary Clarence Öfwerman; the producer of all of Roxettes recordings and someone recognised by any Roxette fan. To the rear right was sharply dressed bassist, Magnus Börjeson and to Gessle’s left was the gorgeous, Helena Josefsson, dressed in a sparkly silver jumpsuit with a thin blank top as she balanced her usual enormous curls and complimented most songs in the set with her distinctive whispery vocals. 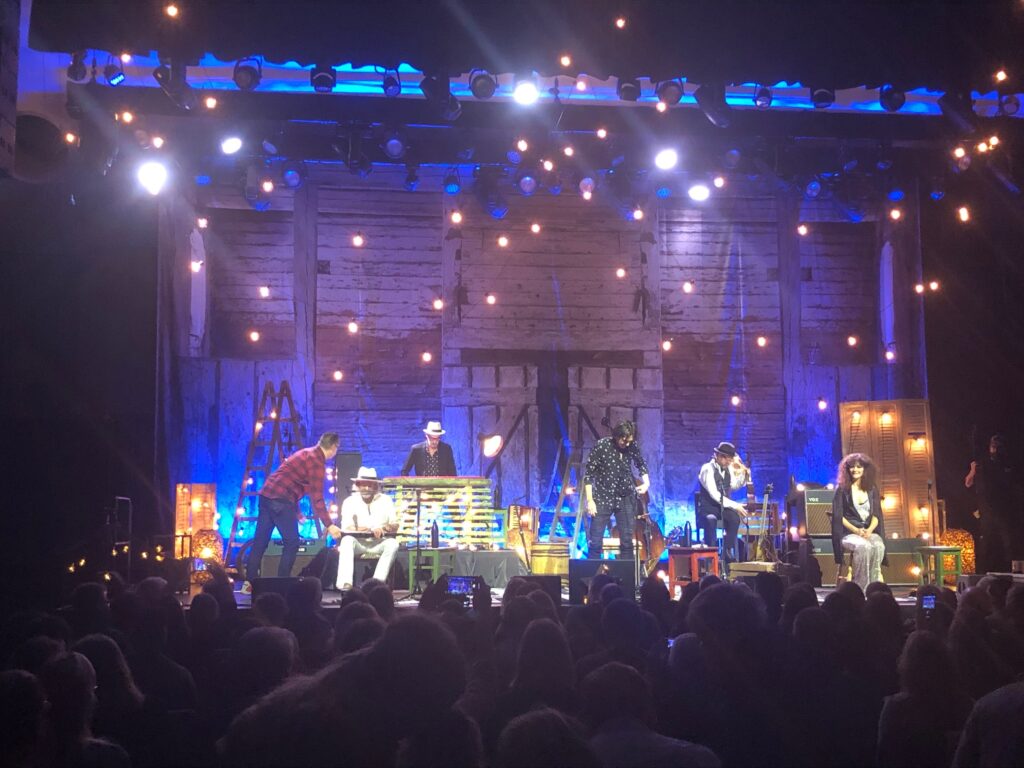 Before a gorgeous rendition of the love favourite, Juni, juli, augusti Per’s ukulele skills were put under the spotlight as be brought Tuffa tider (för en drömmare) out of the GT vaults while a brotherly bonding moment was captured with a touching performance of Ljudet av ett annat hjärta. With all members of the band apart from Öfwerman leaving the stage, it was the hitmaking producer and Gessle left to offer one of the more sentimental gems of the set; a high five between the two at the end getting a rapturous crowd cheer as Joselfsson, Lundqvuist and Börjeson returned and took their positions to dive into solo Gessle penning, Varmt igen.

On the solo side of the set, Gessles 2003 record, Mazarin was given the most limelight with På promenad genom stan finding its place early in the set and an upbeat performance of Här kommer alla känslorna getting a loud crowd approval.

Paying tribute to his work in Roxette, Gessle offered the audience two pop giants and they were both offered in spectacular fashion. While no-one could ever replace Marie Fredriksson; his iconic bleach-blonde Roxette band mate – his now long-time collaborator, Josefsson has been doing a stellar job at keeping Fredriksson’s memory burning bright as she stands in to perform some of the late singers iconic signature numbers. Every hair on my body stood to attention for a pitch perfect performance of It Must Have Been Love which had Gessle and Josefsson share the track verses and powerful chorus while Gessle took the reigns of Listen To Your Heart; positioned within the first of two encores that was predominantly made up of GT hits including a punchy performance of Sommartider, which had everyone in the sold out venue up on their feet and singing back to the pop icon. 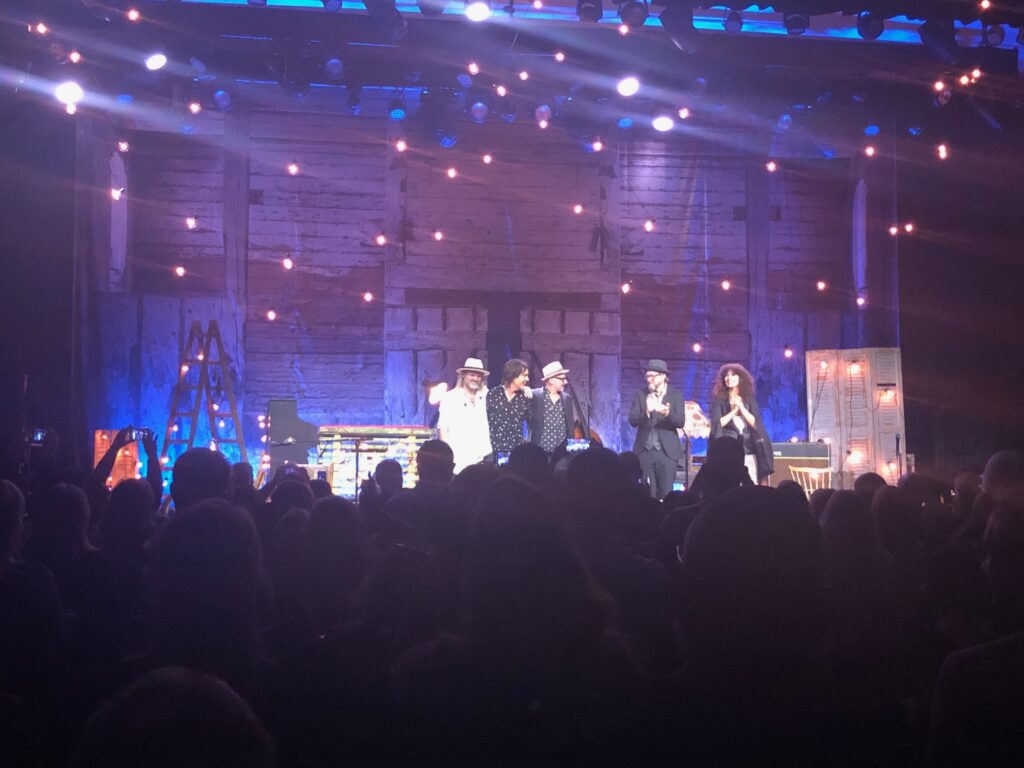 Hearing some of the songs in the set list being performed in such a contrasting style and in such a beautifully drawn setting that only an Unplugged performance could offer, was something in itself.

The rustic, barn themed stage design was absolutely exquisite and added further intimacy to an already stripped back and acoustically drenched show. Designed by Gessle’s wife, Asa – who popped out into the unknowing audience before the show to give the stage a quick inspection – it was themed to mimic the album cover backdrop of Per’s latest solo record, Gammal kärlek rostar aldrig and carried a strong vintage feel from the props, instruments and rusty colouring. The band were positioned neatly around the wooden stage and were complimented by the soft lighting of small draped bulbs and old lamps.

It was an absolutely incredible show that was well worth the trip from London with every vocal and instrument delivered to the highest quality and set in a warm and nostalgic setting. You really couldn’t have asked for anything more.