The transcendental trio are back with another collection of impressive and inventive songs. Taking inspiration from the two P’s of last year – podcasts and the pandemic – The Dream is Alt-J wandering through the stylish and unnerving paths of innovation. 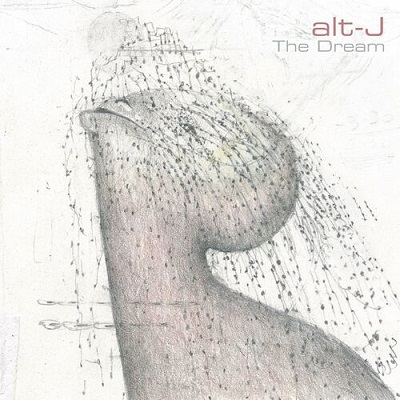 Don’t worry, they haven’t taken inspiration from the Joe Rogan podcast and incorporated elk meat and protein into every track. The podcast that can be found in the undercurrent of The Dream is the highly successful true-crime series My Favourite Murder. A show that examines murder on a bi-weekly basis to millions of listeners. This menacing melancholy is absorbed in waves throughout the entirety of the LP, forming the dark backdrop that the band take inspiration from.

The London-based trio have always experimented in the macabre. Their debut album, 2012’s An Awesome Wave (named after a line from Brett Easton Ellis’s novel American Psycho), referenced a myriad of dark sources including the hitman movie Leon and the 1964 novel, Last Exit to Brooklyn, where a character is raped and left for dead. They won the Mercury prize for their debut release as well as breaking America, permanently interlacing them within the indie-pop scene.

Whilst Alt-J can be placed under the heading of indie music, the band doesn’t fit neatly within its borders. Their music has always been more atmospheric than melodic. They balance their silences with loudness, creating an entity that is entirely their own. The vocals of Joe Newman feel otherworldly yet comfortable. His gentleness complements their harsh, experimental nature, revelling in the oddness of his delivery that feels like honey to the ear after a few listens.

The Dream opens with the genre-defying Bane. The whole song is a metaphor for addiction, using soft drinks to represent the danger of overindulgence. The image of a swimming pool (sprinkled throughout the album) mirroring the experience of being trapped in extravagance, staying afloat with nowhere to go. Full of chaos, it’s an erratic journey featuring intense stops, a classical choir, and keyboards that slowly seduce and intoxicate. If we take The Dream as a true crime story, this song would be the murder.

Death hangs over the record, Newman says how his love of true crime has inevitably been absorbed into the way he sees the world. Much like an echo chamber, his thirst for expiration has made its way into the album. The Dream is full of tracks such as Philadelphia, Getting Better, and Losing My Mind that all feature the sparks of loss. It’s a testament to the band that they have created a cinematic landscape within The Dream, one that is full of tiny treasures and musical intricacies that build an unnerving frame.

If Bane resembles a murder, then the track Chicago invokes panic. It’s two genres melded into one, both intertwined with an instrumental break that is alarming rather than seamless. Weaving strings that echo the Halloween theme with deafening sirens, building and building until we feel breathless. The subject matter of the song is seeing a sibling fall to their death, being unable to save them. Chicago manages to capture the intense helplessness and frenzy of that terrible situation.

Losing My Mind delves into the mind of a serial killer. It’s an uneasy listen, with more focus on the darker side of the human condition: “You and I / Cut from the same cloth.” It’s a tense track with lingering guitar chords and vocals that seem far away yet near: “I’m losing my mind” repeated over and over, replicating the sirens of Chicago. It’s an unsettling production with slow tempos that interrupt its unrelenting nature. It’s macabre at its finest.

The standout track is Philadelphia. It’s the last moments of a person’s life as they lay dying. Newman explains how the victim is grasping at memories as their heartbeat slows to a stop. It’s avant-garde in style, with operatic interjections, Amadeus inspired piano, piercing strings and magnificent drum patterns that carry the song with eclectic flourishes. This is Alt-J: manic, experimental, and brave. Philadelphia is a fully formed world that comes crumbling down in 3.38 minutes.

The Dream is a cultivated production that manages to feel experimental and thrilling. An emotionally intense listen that unearths more of the band’s impressive capabilities. It’s a confident release, both otherworldly and intimate with a cinematic language of its own. Alt-J has explored the macabre and released something beautiful.