After branching out from their band’s, even the greatest frontmen of all time struggle to create much in the way of compelling music, with Freddie Mercury and Mick Jagger’s solo careers being two examples of this. Both took over the world with their respective bands, yet when it came to their solo work there was nothing to write home about. After similarly taking over the world with grunge mega-stars Pearl Jam in the 1990’s, Eddie Vedder has dived into a solo career of his own, and after a couple of albums that strayed as far from his Pearl Jam roots as feasibly possible, he seems to have hit the sweet spot with his latest album, Earthling. 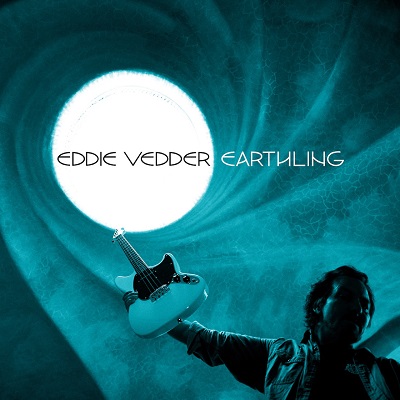 Vedder showcases everything we’ve always known him to be capable of in this record, with a perfect blend of different musical styles that make for a beautiful musical experience. The album could only be destined for good things when Vedder’s producer and bassist Andrew Watt helped in recruiting some of rock music’s elite to back Vedder up on the record, with legendary Red Hot Chili Peppers drummer manning the drums throughout, whilst former Chili Pepper Josh Klinghoffer takes on the duties of lead guitarist. Both men showcase their immense talent on plenty of occasions, with Klinghoffer having notably great solo’s in Fallout Today and The Dark, whilst Smith leads the line with his powerful rhythm in the heavy hitting Rose of Jericho.

There are many moments on the record that show just how wise Vedder has become as years have gone by. In songs such as Invincible, The Haves and Long Way, Vedder strips back on his heavier sounding inspirations, in favour of softer acoustic led ballads, with these songs giving us the chance to hear some profound lyrics by Vedder that dig into deep themes such as the meaning of life and regrets. The beauty in these songs comes in the simple yet effective lines we are treated to, such as “When we love, we are invincible.” The mature yet moving style of these parts of the album are reminiscent of the works of Bruce Springsteen, whilst also ensuring us that Vedder has lost none of his unmatchable vocal skills.

Its made even more clear how much fun Vedder must have had creating this record by the collaborations that are present towards the back-end of the album. Firstly, Vedder bursts into Try, an upbeat pop-rock anthem that is characterised by the brilliant harmonica riffs of a certain Stevie Wonder throughout. Following this Vedder dives into pop music more than he likely ever has, with Picture being a duet with Sir Elton John himself. Here John’s piano work playing off of Vedder and his band’s sound perfectly to create a terrific track. Vedder jumps into the style of Bruce Springsteen again with Mrs Mills, a powerfully beautiful story that looks into issues such as the struggle of womanhood, all the while, Beatles legend Ringo Starr takes over on the drums to add a classic Beatles-esque rhythm to the song.

Whilst Vedder explores a lot of different musical styles in his latest solo outing, he also goes back to his grunge roots on occasion in the record too, with Power of Right and Good and Evil being highly explosive and letting Vedder loose with his tremendously raw rock vocals.

Earthling is the perfect step forward for Eddie Vedder in terms of his musical career, with him being able to take elements of his most successful work, whilst also branching out into musical styles that he has previously not explored. His maturity adds a certain wisdom to the track, whilst still retaining the energy of 1990’s Eddie Vedder.