Stellar* are a band from New Zealand who had a string of hits down under in the late nineties and throughout the noughties. In their time the four-piece released 3 studio albums; all achieving a decent amount of success and while the band didn’t entirely hit the commercial jackpot internationally, the material they produced in their time was pretty incredible. 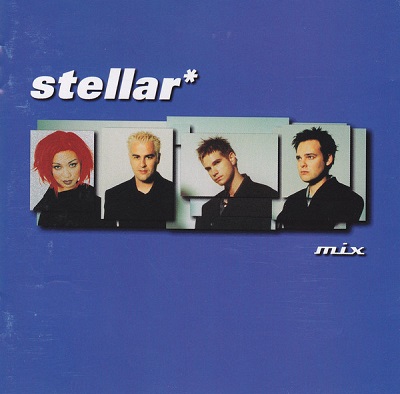 The band was fronted by the distinctive vocals of Boh Runga. You would be correct in thinking the name sounded familiar. Boh is the sister of none other than Sway hit-maker Bic. While Bic ventured into a life as a solo artist, Boh took a different musical path, choosing to front one of New Zealand’s most adored and successful rock bands.

Stellar began releasing singles in 1998 with the debut track What You Do (Bastard). While I wasn’t the greatest fan of music from my homeland (I developed a very keen interest in British and Scandinavian pop music from a very young age), apart from the odd Crowded House or Split Enz track, the bands second single, Part of Me, really struck a chord and created the foundation of my adoration for Stellar and by the time the bands released their debut album, Mix, I was one of the first in line for a copy.

Along with the singles What You Do (Bastard), Violent, Part of Me, Undone and Every Girl, the record is also home to some more gentle yet intricate and genre blending inclusions like Tenderhook and Nerve and Consequence. These ones are a pair of my favourite down-tempo tracks on Mix purely because of the structure and production of the songs; minimalistic yet powerfully intricate at the same time. There are some pretty cool sounds that snake through both of these numbers and make them memorable inclusions on Mix.

As well as Part of Me, the piano led Undone stands out as a favourite of mine on the record. It carries a slightly different sound to the rest of the record and lent itself well to radio back in the day. It still remains one of my favourite kiwi hits to this day. Slowburn is also another highlight nearing the end of the record that stands out for its stunning production.

The sound that is captured within the record is a much more international and mainstream sound compared to other rock bands at the time or prior to Stellar.

If you haven’t heard this record, or even this band, have a search on iTunes and download this beauty.  In my opinion, Mix is an iconic record and the best release to come from a kiwi act.