Bruce Springsteen and The E Street Band will mark their return to the UK next May 2023 with a string of stadium shows across the country following the tremendous success of the European tour dates which have seen even more shows announced across the continent for their return to the road next year. Tickets for these dates go on sale 9am on Thursday 21 July 2022. Tickets for Edinburgh available at LiveNation.co.uk, Birmingham available at AXS.com and BST Hyde Park at bst-hydepark.com.

This UK leg of the tour will see Springsteen and The E Street Band perform across multiple venues around the UK including Edinburgh BT Murrayfield Stadium, Birmingham Villa Park, and two special back-to-back dates in London for the American Express presents BST Hyde Park. This tour will mark the first UK live shows for Bruce Springsteen and The E Street Band since their most recent visit in 2016. Those dates took place as part of their 14-month, worldwide ‘The River Tour,’ which concluded in Australia in February 2017.

Springsteen and The E Street Band’s most recent studio album ‘Letter To You’ (Columbia Records), which debuted at #1 in eleven countries, marked their first time recording live together in decades. Last year, Springsteen unveiled his never-before-released “The Legendary 1979 No Nukes Concerts” film, collaborated with President Barack Obama on the book ‘Renegades: Born In The USA’ and reprised his record-setting show ‘Springsteen On Broadway’ to help reopen New York City theatres last summer. 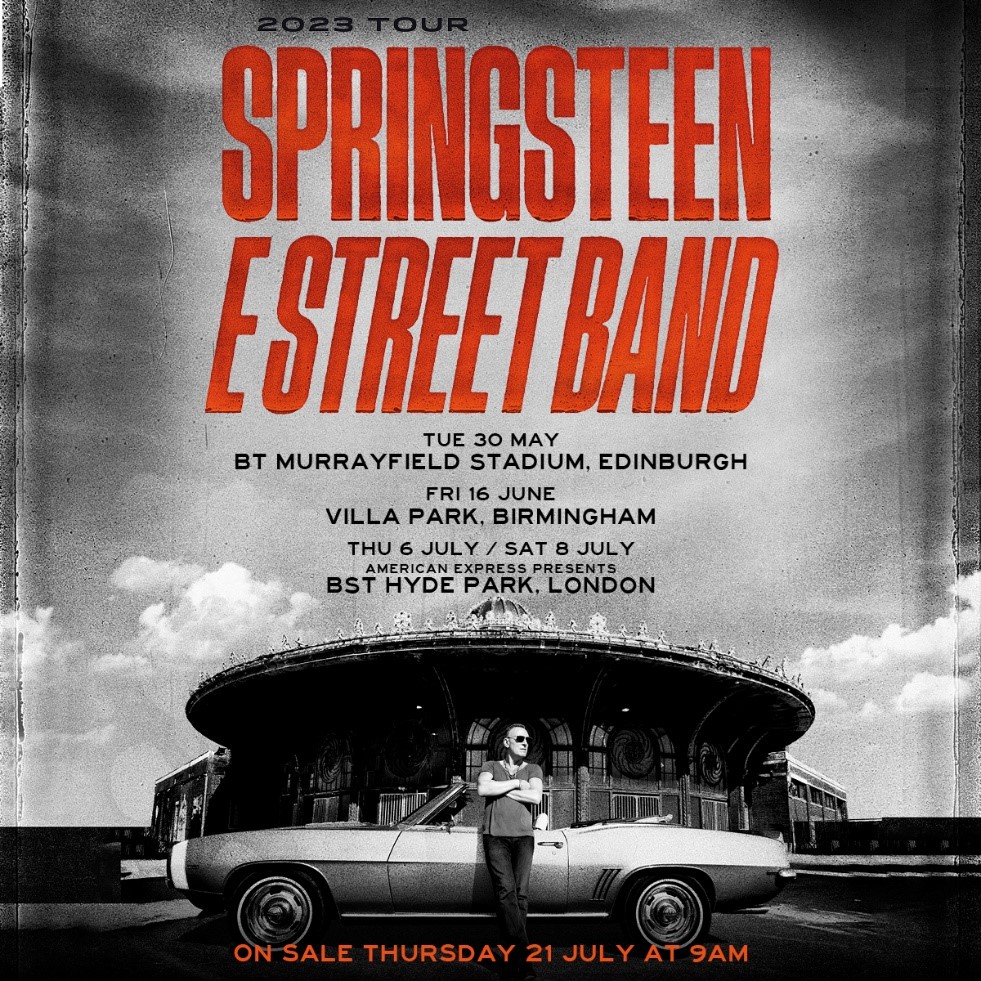