Brit Award-winning singer Mabel is back on the airwaves with her much-anticipated second studio album, About Last Night…. Conceived during the pandemic, this latest offering provides fans with countless summer bangers that hold the power to light up any party or club. 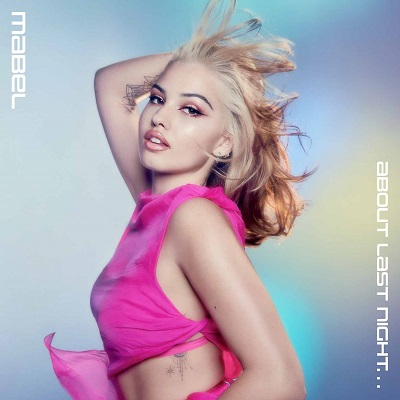 The idea for the album is said to have come to Mabel during the months of lockdown in 2020, when so many people were missing dancefloors and pumping tunes. As a result, the album reaches a sweet blend of disco, R&B, house and synth-pop, creating an electrifying narrative that whisks the listener around the highs and lows of a fictional night out.

Floor-filling single Let Them Know was released last summer, hitting fans with the first taste of the album. The song in question foreshadows what was to come a year later, as the genres and moods that About Last Night… combines are showcased in that single alone. Dancy beats lock horns with powerful house riffs, creating the sound which makes these tracks so desirable to the typical night-out-enthusiast. Following on from her debut studio album, Mabel seems to succeed here in cementing her music as a quality soundtrack to any big night.

Although the cocktail of genres works for the most part, the album’s finale, Deal Or No Deal (a collaboration with hip hop duo A1 x J1), seems a little out of place. As a concept, it holds value, especially given the singers’ blend of voices. However, it is surprising to hear a brand new idea introduced at the very end, rather than being inserted into the main body of the album. Admittedly, this could well be a subtle indication of Mabel’s next venture.

Despite this, there are other collaborations that fit right in, not least Good Luck with Jax Jones and Galantis. The bouncing rhythm and chunky bassline match the energy of the rest of the album, justifying its release as a single earlier this year, guaranteed to rock clubs up and down the country.

Mabel also joins forces with hip hop rappers Lil Tecca and 24kGoldn on two more tunes. On top of this, though, she brings new levels to the album as superstar DJ Joel Corry adds a touch of his house music magic on I Wish. Mabel uses this to her advantage as the track really leans into that end of the musical-genre-spectrum that the album concocts.

Mabel’s vision About Last Night… as a night-out starter pack of high emotions and dancefloor mayhem has been materialised to perfection. Launching the listener through different genres, emotions and memories, this creation should be on every party animal’s playlist. There will also be upcoming opportunities to watch Mabel live in a club setting, a chance for her to really make these bops come to life.