For 2022, the British Summer Time Hyde Park festival pulled out all the stops with a line-up that included some of the biggest British acts ever like Elton John, The Rolling Stones, and Adele.

The final day was headlined by one of the best known bands to emerge from the 80’s New Romantic scene, Duran Duran. They scored their first hit, Girls On Film, in 1981 from their self-titled debut album, and thanks to pioneering music videos they continued to gain popularity due to heavy rotation on the new music channel MTV.  They achieved major success in the US with their third album, Seven and the Ragged Tiger, which featured the number one single The Reflex, and subsequent number 1 A View To a Kill from the James Bond Film. Ultimately, they ended up scoring 30 top 40 singles in the UK and selling more than 100 million albums worldwide and in 2022 were inducted into the Rock and Roll Hall of Fame. 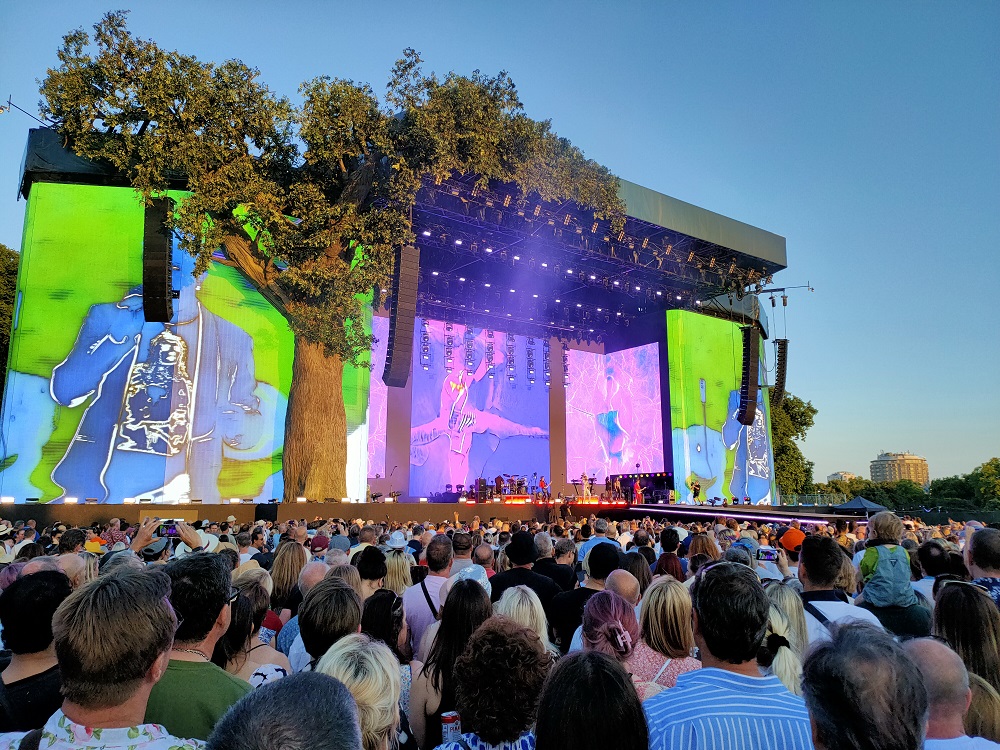 Despite it being the last set of the festival, it was clear the crowd had plenty of energy left as the band took the stage just as the heat was subsiding and the sunny skies were giving way to a beautiful sunset which perfectly complimented the neon colours of the band’s outfits. Starting off with The Wild Boys,  the huge video backdrop had vivid graphics that really set the band alight (they were actually in flames), and from the beginning showed that even though it’s been nearly 40 years since the release of their debut album, lead singer Simon Le bon has retained his distinctive Duran Duran vocal sound.  Joined on stage by original band members John Taylor (bass), Roger Taylor (drums) and Nick Rhodes (keyboard), they powered through their most popular hits from the 80’s and 90’s plus a few songs from their 2019 album Future Past. 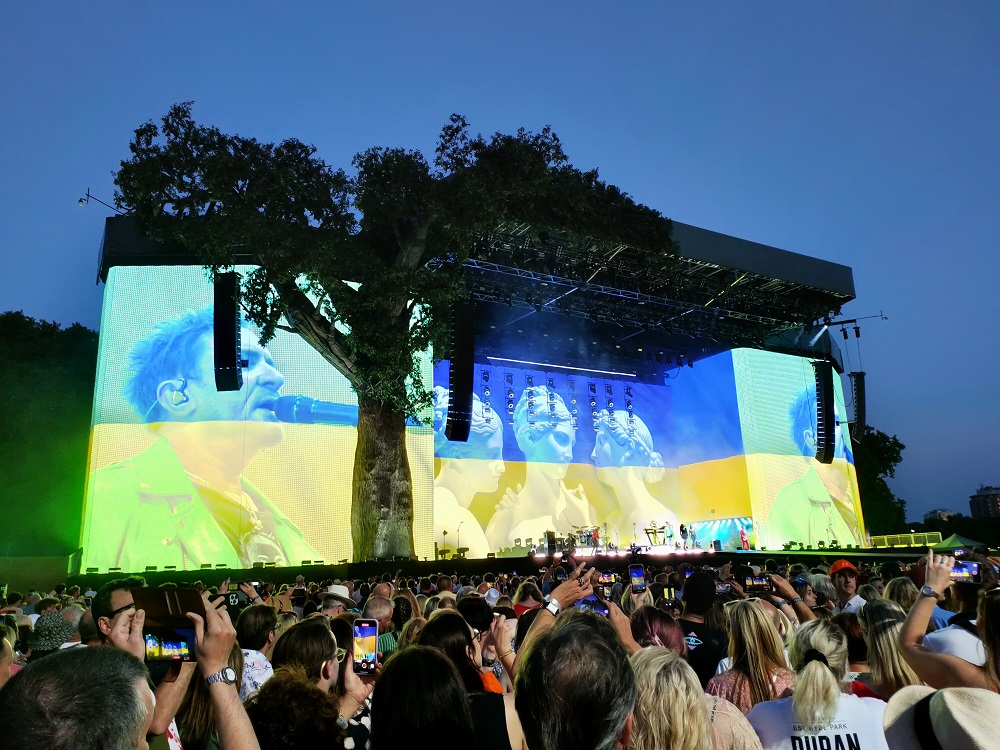 The crowd was definitely in a nostalgic mood and went particularly wild over the bands more well known earlier songs like Union of the Snake, Hungry Like the Wolf, Planet Earth, and The Reflex.  The striking visual graphics on the huge screens changed for each song, and for Ordinary World was overlayed with a huge Ukrainian flag, which the band dedicated to the war-torn country.

Having completed a set earlier in the day, Nile Rodgers, who Le Bon said ‘without him there would be no Duran Duran’ joined the band for Notorious and Pressure Off (both of which Rodgers produced), adding his signature funk sound.  Their cover of Melle Mel’s White Lines (Don’t Do it), and a medley of Girls on Film and Calvin Harris’ Acceptable in the 80’s rounded out the set.   After a brief departure, the band returned with an encore of Save a Prayer, and the worldwide hit Rio.

Next up for Duran Duran is a tour of North America to support their latest album, Future Past, but this was a great way to cap off an amazing British Summer Time Hyde Park festival for 2022.

Setlist:
The Wild Boys
Invisible
All Of You
A View to a Kill
Union of the Snake
Notorious
Pressure Off
Come Undone
Give It All Up
Hungry Like the Wolf
Friends of Mine
Ordinary World
Tonight United
Planet Earth
Hold Back the Rain
The Reflex
White lines (Don’t Do It)
Girls on Film (Acceptable in the 80’s sample)

Encore:
Save a Prayer
Rio