Roxette made their triumphant return to the pop scene back in 2011 with the first record for the band in 10 years.

With a long list of hits already under their belts including the timeless ballads It Must Have Been Love, Listen To Your Heart, Fading Like A Flower and Spending My Time as well as their infectious and energetic pop classics Dangerous, Dressed For Success, The Look and Joyride, 2011’s Charm School seen the duo return to form and deliver yet another record brimming with hits. The collection also welcomed in a tour that has so far seen the Swedish act perform on almost every continent, play to over a million fans and that tour is set to continue right through 2012 with the latest addition to the bands US dates.

While on tour Roxette recorded a follow up collection of songs to 1992’s Tourism. Travelling sees the band pull together 14 tight tracks of pure pop bliss and showcase a band still capable of keeping their fans happy and increasing their fan-base throughout the globe.

It has been a while since we caught up with the band but we managed to steal some time with one half of Roxette and principle songwriter Per Gessle while the band were on the second South American leg of the tour. Here’s what Per had to say.

Brendon Veevers: How are you and where does this Q&A find you?

Per Gessle: Howdy. I’m sitting in some strange lounge at the airport in Bogota, Colombia! The band + crew is all over the place. We’re in transit, waiting for the flight to Quito. Any day now….

BV: Your new record, Travelling, has just been released and the collection follows the same formula as your 1992 release, Tourism. Can you tell us about the album?

PG: Well, we’ve been on the road for more than a year by now (this tour is 19 months long…) and so many things happen during a journey like this. The friendship, the togetherness, the positive energy that occurs is really special. We’ve tried to capture that and make music out of it. Using the band recording in studios all over the place, in hotelrooms, on soundchecks etc. It’s fascinating. The result is very organic, very warm.

BV: The collection went through a few title changes. There was Tourism 2, T2, 2rism and then Travelling. Why were there so many changes to the album name?

PG: Hahaha, you should ask EMI Germany that! They felt like it was too complicated with a number in the title. Do you think Adele agree? Anyway, we eventually agreed on Travelling, which sums up what we’re doing right now.

BV: ‘It’s Possible’ is the records lead single and it has already proved to be a favorite among Roxette fans. Can you tell us a little about the single?

PG: Well, it’s kinda funny because we removed it from the album until it was time to decide the first single. We felt it didn’t really fit in with the other songs sound-wise. But we realized in the nick of time that it’s got an instant appeal and is pretty catchy. So we made space for it! This happens all the time with us. Wish I Could Fly was removed by us from the Have A Nice Day album for instance. We’re terrible hit-pickers!!!

BV: The Travelling track listing is very diverse. Some of the notable additions include some of your more obscure B-sides like The Weight of the World and See Me which fans are very excited about. What made you chose these B-sides?

PG: We’ve always loved these two songs and felt like they deserved some fresh air in the sun! We kept Marie’s vocals on See Me, the rest of the recording is brand new. The Weight of the World is the same recording as before but a different mix with louder vocals.

BV: You have been touring the world for a solid year now and performed in almost every continent to over a million fans so far with another 32 performances still to come throughout 2012. How are you both feeling at this point?

PG: Pretty tired to tell the truth…… But we love it! The response we’re getting is out if this world and we keep on pinching our arms all the time that it’s really happening!

BV: You returned to Australia for the first time since 1995’s Crash! Boom! Bang! Tour. How was that?

BV: Will we be getting another studio album and tour from Roxette after the current tour has finished?

PG: Well, we’re gonna take a break doing other things for a while. But I’m pretty sure there will be more new Rox-music + tours down the road. We’re still young!

BV: You will be returning to the UK later in the year to perform in Birmingham, Manchester and Glasgow. You performed a sell out gig at Wembley Arena in November 2011. Are there any plans to return to London given the success of Wembley?

PG: Not at the moment, no. But we love to play there. One of our favorite places. It’s very special for us to play the UK cos we’re raised on British pop + rock and it feels truly fab being a Swedish band getting this kind of feedback in old Blighty!

BV: So, now that the tour has proved to be such a success and you have two albums under your belt in terms of your return as Roxette, is Roxette here to stay?

PG: I guess so. There seems to be a timeless appeal to what we do which is amazing. We’re very grateful that Marie’s still with us and can deliver the goods. And with the support we get from the fans all over the world…how can we ever stop? 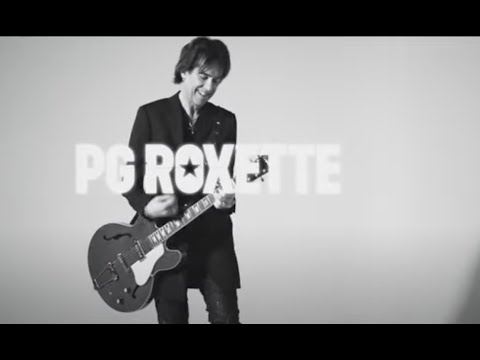 Music Video: PG Roxette – The Loneliest Girl In The World