With a new single currently doing the rounds in the meaty form of Mimic, three piece UK outfit Kilto Take are gathering together the final pieces for their upcoming studio album release, Resolute, penciled in for a November 25 release. With the bands bold blend of indie and slightly eighties glazed pop, Mimic is an electrifying introduction to one of the UK’s most promising new collectives.

With the buzz around the band growing as we get closer to the release of Resolute, Renowned For Sound caught up with band member Jon Crosby to talk about the bands new single and what can be expected when Resolute lands next month. Here is what he had to tell us:

Brendon Veevers: How is the band doing and where does our Q&A find you all today?

Jon Crosby: Hey Renowned For Sound… we are doing good thanks. We are just finishing up a rehearsal/writing session, getting prepped to take our pending album Resolute on the road… with some new tunes thrown in there for good measure!

BV: First things first – can you tell us about the band’s name. Who came up with it and what does it mean?

JC: When we first started gigging, we didn’t have a name… but we were asked to play a fairly big festival early on and needed one to be included on the bill. We wanted something a little different. Kilto Take is a combination of the letters within each of our names. When we saw it written down amongst the myriad of other alternatives, it really stood out and had a kind of ‘chantability’ to it.

BV: For those who may not have heard of you yet – can you describe your sound and style?

JC: Musically our sound is fairly stripped back yet layered; intimate and intricate, yet energetic and expansive, with a dark, brooding edge that underpins the themes to our songs. We grew up listening to and loving bands like The Cure, Radiohead, The Chameleons, The Jesus and Mary Chain, Early U2, Joy Division, The Smiths, My Bloody Valentine, Echo and the Bunnymen, Simple Minds, Depeche Mode, Bowie, Sonic Youth, The Stranglers, New Model Army… the list goes on and on… So maybe there is a little bit of everything hidden away in there to some degree… somewhere!

BV: Your latest single is called Mimic. Can you tell us a little about the track and the inspiration behind the song?

JC: Musically, Mimic originated from a bass riff Karl (Bass) came up with in a rehearsal/writing session. It was one of those songs that came together very quickly. It was very beat centric but had a certain darkness to the overall vibe, creating a good platform for its murky lyrical theme – a lost soul seduced by the animalistic beat of dissolute culture… giving it away all to easily.

BV: Cheesy question time:  If you had the superpower to Mimic anything or anyone, who or what would it be and why?

JC: For me it would have to be to mimic and enhance the creative and intellectual prowess of anyone’s mind and combine it with my own… that would be amazing.

BV: Back to the new material – Mimic is the first track from your upcoming album Resolute which is released on November 25th. What can fans expect from the album?

JC: The album has definitely got an instant appeal to some degree, but it is more of a grower… hearing something slightly different every time you listen to it… it is filled with subtle nuances and building textures and layered choruses. It has been described as a ‘front-to-backer, with each song possessing a standalone quality…’ For us, we just wanted to write something that ebbs and flows in all the right places, and that highlights the emotive melancholic themes throughout. We feel it sits really well with the latest indie acts emerging as well as sitting comfortably amongst past heroes, so it will never really be out of place on our fans’ playlists.

BV: Apart from Mimic, is there a favorite track for the band on Resolute that we can keep an ear out for and what about the track makes it a favorite for the band?

JC: This is a tough one to answer as it changes frequently, for me in any case. I guess for the band (currently) I would probably say the favourite track is Resolute for its general playability and energy; especially live… and it translates well on record.

BV: What did you enjoy the most about putting the new record together?

JC: The writing period… it is very organic, evolving and full of experimentation. We went into the studio, a few weeks before recording was due to start, with about 4 finished songs… the rest had yet to be written or finished off to some degree. It was an intense, but fun period, feeding off each other’s focused creativity, piecing together all the ideas, melodies and riffs we had been playing around with for a while.

It is such a transformational transition from the rehearsal room to the studio… it really gives you time to take stock and step back to see what works and what doesn’t.  One thing we are insistent on is that if it does not work in the live room, it doesn’t go in.

BV: Would you say that the sound and overall vibe of Mimic is indicative of Resolute?

JC: Yes and no… the album is quite punchy and energetic and there are songs on there of the same ilk as Mimic… but some are slower and more intricate… and others are just epic. There is a good mix all round.

JC: Karl and I went to the same school as each other but it wasn’t until many years later we actually met through mutual friends and found that we shared the same passion for music… listening to it, writing it and playing it. We were into the same sort of bands and use to jam from time to time.

BV: We met Lee (Drums) down our local rehearsal studio and after hearing him play we knew he fitted our style/sound perfectly. We set out to find a singer and originally started KILTO TAKE as a four-piece. But despite being relatively successful on the local scene and garnering label interest, we all found we were moving down a path that really wasn’t us musically, so upon hearing the news that our singer was moving abroad, we mutually decided to start again as a three-piece (with me on vocals), keeping the same name but writing a load of new material that was more suited to us and the direction we wanted to take.

JC: We got signed to Medical Records after showcasing the new material and they put us straight into a recording studio to produce our debut EP, that saw us build up an international fan base. After touring it for a year and writing in between, we were sent in to record the album.

BV: What do you enjoy the most about being a part of Kilto Take?

JC: For me it is about escapism, self-expression, pushing and challenging the boundaries of my musical ability. I never really sung before KILTO TAKE… so finding my voice and discovering where I could take it has been an amazing journey. I love it when we walk into our rehearsal studio with nothing planned and we start to jam, and something starts to take shape… a moment of inspiration when we are all functioning on the same level, can’t beat that. But most of all, its about making the music we want to make and doing it with my friends. Perfect!

BV: What do you think Kilto Take brings to the musical table that makes you so unique to other artists?

JC: Nothing is really unique anymore… We are living in the age of the revival with new twists on the old, adaptations, continuations etc. There are so many amazing bands out there, each offering something different, but for us, we just love to listen to music that holds its longevity and craftsmanship, and stands the test of time… hearing something different every time you dip into it… and that is what ultimately feeds our creativity and drives us to do what we do.

BV: What would you say has been the biggest challenge about being a recording and touring collective, if there has been any?

JC: I think the most challenging thing is translating the sounds in our heads into recorded material… it always takes on a different form somehow… but that is one of the reasons why we make music and continually evolve as a group, and produce the sound we currently do. It’s more of a progression than a definitive body of work.

But other than that, there hasn’t really been any other challenges… we kind of record/tour when we want to do it and the label is massively supportive of that fact. We love recording and performing live, and throw 100% at it always… but its about having fun for us and enjoying the moment… and doing it on our terms means that we can always keep it like that.

BV: How will you know when things have really taken off for the band – how did you define the bands success?

JC: Success for us is about producing music we are happy with putting out… and to hear other people liking it blows us away. I think having that connection with people and watching it grow is our gauge on success.

BV: Are there any acts out there that you would love to collaborate with or tour with and if so, who would they be and in what capacity would you like to see a collaborative project?

JC: I would love to collaborate with Thom Yorke and Robert Smith…  they are both such diverse talents.  Actually, I’d quite happily make the tea just to see them work together!

BV: Will you be heading out on the road this year to support the new material?

JC: Yes, we are hoping to tour the album early next year, doing a UK promo tour first, before ramping it up and hitting Europe next spring, which we are very excited about.

BV: What else does the band have planned for 2013?

JC: We are actually hoping to get back into the studio to lay some new demo ideas down. 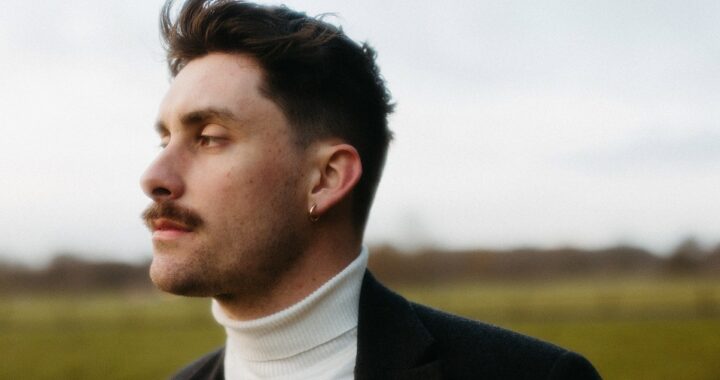