They were one of the band’s that concurred the eighties music scene. With tracks that took over the nation such as Everybody Wants to Rule the World to Mad World, there were not many artists out of England any bigger than Tears For Fears. Now, after almost twenty years away, the iconic pop duo are back with their brand new album, The Tipping Point. 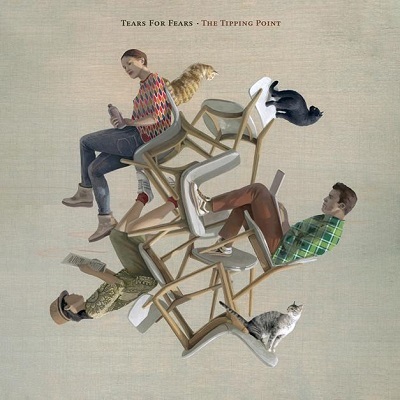 The main theme and tone of the album is shown to us from the very first song, No Small Thing. This track is an acoustic based ballad that digs deep into societal issues with a feeling of the fight for freedom being portrayed by both the moving lyrics, such as “We punish the child for flying too high”, and also the amazingly gripping instrumentation. This is not the only thought provoking style of soft ballad on the record, with this being the style that dominates the album, with Master Plan and Rivers of Mercy similarly showing the wisdom that Roland Orzabal and Curt Smith have gained in the almost two decades since their last release. This extended time period of absence from releasing music could very well be the focus of the aptly named Long, Long, Long Time, another elegant ballad that shows off how both Orzabal and Smith have retained much of their signature vocal skills that shot them to fame some 40 years ago.

The album also acts as a showcase for the band’s ability to be fairly versatile with their music styles. Whilst retaining their vintage eighties style, in Break the Man the duo show off how well they can adapt to more modern styles, with the song sounding akin to the indie pop sound of today. Furthermore, in My Demons the duo up the energy for a song that could get away with being a Depeche Mode hit from the eighties, its pounding bassline giving it a powerful edge that makes it stand out on the record. On the other side of the spectrum of musical energy, the band dive into a more psychedelic feeling mood in Stay, with its dreamy sound giving it a chilled out, trancey vibe that finishes off the album in gracious fashion.

The Tipping Point is a beautifully put together record, that encapsulates the rocky ride that Orzabal, Smith and indeed the whole world has been on since 2004. A heart-breaking example of this is the story behind the album’s title track, which Orzabal has stated is a tribute to his wife, who passed away in 2017 after suffering from depression and alcoholism. Whilst not the most memorable album, with no song being very likely to stick in many people’s minds for too long, the record does prove that Tears for Fears still have what it takes to create beautiful songs after all their years away.