It is without doubt that the pandemic we’ve been through these last few years has given us all a newfound appreciation for life. This is of course no different for some of the world’s biggest musicians, with many legacy acts releasing album’s that capture the way in which they have reflected on their lives and careers throughout lockdown. Yes following releases from the likes of Tears for Fears, Eddie Vedder and Elton John in recent months, the legendary Bryan Adams returns with his brand new album, So Happy It Hurts. 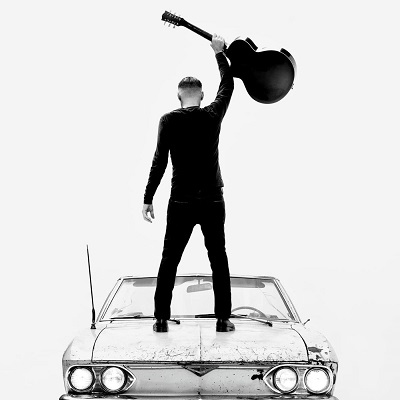 There is a sense of happiness that radiates from this entire record, and this is demonstrated straight away with title track, So Happy It Hurts. This song kicks of the album in the perfect way, showing us exactly what a lead single should sound like. Its upbeat melodies and rhythm set the tone for the whole album, and the infectiously happy lyrics will draw you in and force you to sing along. Adams continues the overwhelmingly positive feeling of the record into Never Gonna Rain, with the presence of choir style vocals backing up Adams here to create another joyful tune.

So Happy It Hurts is graced with plenty of classic Bryan Adams ballads. The track most reminiscent of 80’s Adams is undoubtedly Always Have, Always Will. This song consists of a familiar combination of Adams’ signature raspy vocals on full display, soothing yet gritty guitar melodies, and some beautiful lyrics that show the Canadian hasn’t lost a step since the 80’s. Whilst this classic Adams style excels throughout the album the Groover from Vancouver manages to dive into some other styles on the album as well. In Kick Ass, all subtlety is thrown aside as Adams goes amazingly over the top in a rock and roll style that is reminiscent of big hair glam rock similar to the likes of Def Leppard and Bon Jovi. The song is made even more eccentric by its spoken word intro, spoken by none other than John Cleese who talks of how the earth is deprived of rock music, leading to Adams kicking off the main song. Adams also dives into an upbeat country sound in I’ve Been Looking For You, showcasing some impressive versatility.

A big theme of the record is clearly how much Adams has grown to cherish his life, as well as all those closest to him. This theme is the focus of songs like Let’s Do This and Just Like Me Just Like You, however there may not be a more powerful example of this theme being explored on the album, than in the closing track, These Are The Moments That Make Up My Life. Adams here signs off the record in extraordinary fashion with a heartfelt ode to his family that beautifully sums up the appreciative, wholesome mood that Adams clearly finds himself in at this stage in his life.