The two-time Grammy and 24-time Latin Grammy winner Juanes – guitarist, singer, songwriter and activist who has sold millions of albums around the world – will bring his critically-praised ORIGEN TOUR to the 02 Shepherd’s Bush Empire on July 20th,2022.

Juanes, is Colombia’s most influential music artist and Latin Rock’s leading global ambassador. He is known for his distinctive sound that fuses a deep love of rock & pop music with smartly crafted, multi-layered song writing and a deep reverence for the traditional folk and other indigenous rhythms of Colombia and Latin America.

He will be performing many beloved and ground-breaking hits from across his chart-topping career, as well as new favourite tracks from his Latin Grammy winning album ‘Origen’ – his 10th studio album, where he returns to his roots and pays tribute to the most influential artists in his life and career. Billboard declared it as “One of the best albums of the year” and strongly praised by Rolling Stone as “A Masterpiece… an exquisite album that transcends beyond the songs, into genius….and places Juanes himself among the legends”. 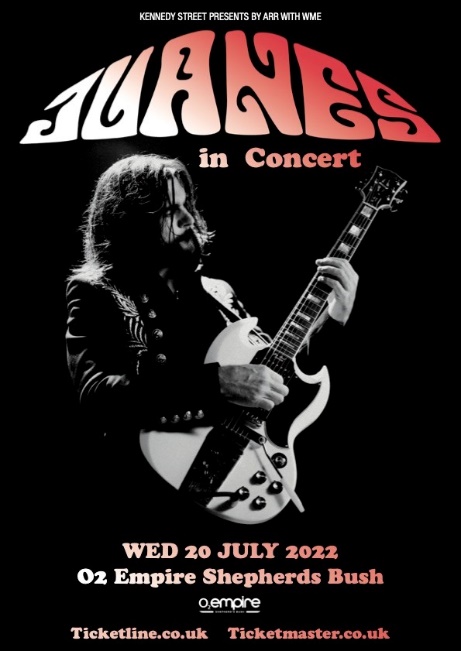