The distinguished gent of the Cotswold festivals, Cornbury Festival, reveals its classic line up of headliners for 2022, with early bird tickets on sale today: Tuesday 23rd November.

Loved by locals, Cornbury is a long-established festival in the heart of Oxfordshire, with the friendly community atmosphere of a village fete, that just happens to have some of the biggest International names in music performing on the main stage.

Known to be one of the safest festivals in the UK, with entertainment for all the family, its musical heritage is one of all round appeal, suited to all ages and tastes, which is what has given the festival its loyal and long-standing reputation in its beautiful Cotswolds setting.

Joining perennial Canadian rocker Bryan Adams whose hits have included no less than 12 in the UK top 10 and 2 number 1’s, will be ex-military troubadour and hilarious Tweeter James Blunt, joined by theatrical rock popsters The Darkness & Irish stars The Waterboys whose epic hit ‘The Whole Of The Moon’ charted twice in the 80’s and 90’s reaching top 3 in the Uk official chart and experiencing an almost annual re-surgence of popularity as it provides the soundtrack for many key moments in big hitting Dramas. A happy, Sunday finale double-bill of the loveable Ronan Keating & music aficionado Jools Holland, completes the headline line up across the festival’s 3 days with further announcements expected Feb 2022.

‘After a long, sad two year sabbatical we wanted to return with a classic Cornbury line-up; old friends who simply do what they do brilliantly, and make us smile. We don’t want to do serious, we simply want to have tons of fun over the whole weekend’ says Independent Festival Promoter, Hugh Phillimore.

Early Bird Day & Weekend tickets are available now at 2019 prices, with a small increase from this Friday 9am.

For tickets and more information go to www.cornburyfestival.com. 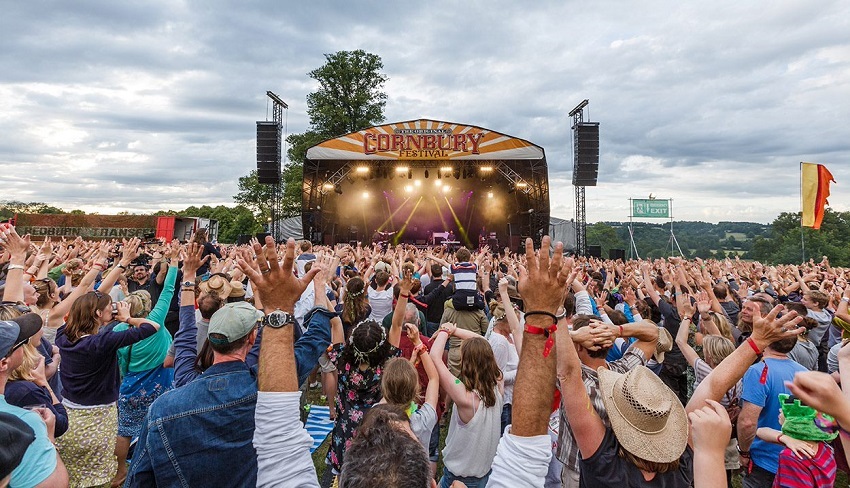