It’s only reasonable to allow The Boss to indulge himself a bit at the age of 73 and on his 21st studio album he is feeling nostalgic for a youth lost long ago. Described by Springsteen as “the great American songbook of the Sixties and Seventies” this is a passion project – his opportunity to pay tribute to musical heroes with 15 Bruce-ified versions of his favourite soul and R&B classics.

Now, we know what you’re thinking: what a cop out. Couldn’t one of the greatest songwriters of our times have given us more of his own poetic, socially conscious observations in hard times like these? But hold on. It’s a sign of how much time and energy he’s invested in these elegant covers collection (only the second of his 50-year career) that Springsteen scrapped an album’s worth of fresh material to give way to this. Presumably we’ll get to hear the stuff he discarded – which he deemed “not quite right” – in the months or years ahead. 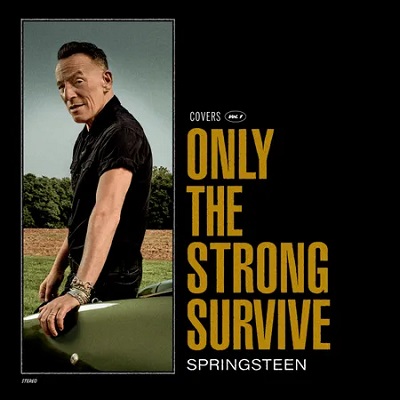 Kicking off with the reflective title track, a smash for Jerry Butler in 1968, these aren’t radical re-interpretations. The arrangements stay pretty faithful to the originals and it’s only Springsteen’s booming, juggernaut of a voice, still as strong as ever, which gives them new character. If anything, Only the Strong Survive reveals The Boss as an arbiter of impeccably good taste. The man has seldom sounded so much in his element as he belts out up-beat standards such as Do I Love You (Indeed I Do) – Frank Wilson’s 1965 ‘lost’ gem, which became a Northern Soul hit – and The Four Tops’ 7 Rooms of Gloom.

Lesser-known treasures such as Soul Days and I Forgot to Be Your Lover are given an extra sprinkling of fairy dust by guest vocalist Sam Moore from Sam & Dave, but it’s Springsteen’s versions of monster hits The Sun Ain’t Gonna Shine Anymore (Frankie Valli), Sometimes We’ll Be Together (Diana Ross and The Supremes) and What Becomes of the Brokenhearted (Jimmy Ruffin) which really shake this album into life. The latter features a spine-tingling string arrangement and beautifully measured backing vocals, yet was inexplicably not chosen as a single. Nightshift, a cover of The Commodores 1985 soul/pop hit, was and comes closest to being indistinguishable from the original.

Fans may feel short-changed by the New Jersey legend’s decision to look backwards rather than move forwards, but it’s a sensible way of treading water and re-enforcing his commercial clout. Make no mistake, this will sell by the bucketload.

Writer and professional flautist Grace Twomey (MMus) performs regularly at gigs in South London where she’s based. All her areas of expertise include classical, pop, indie, latin and folk music.