Sweden has been the birthplace of many fine artists over the years, from ABBA to Tove Lo, Robyn to Avicii, and First Aid Kit are an act that can happily fall into the category of greatness. The duo emerged in 2008, but the sisters had been performing together for years before. The natural familial harmonies, along with their contemplative songwriting, were present immediately on their debut, 2010’s The Big Black and the Blue, and has continued to evolve and grow, culminating in their fifth and latest release. 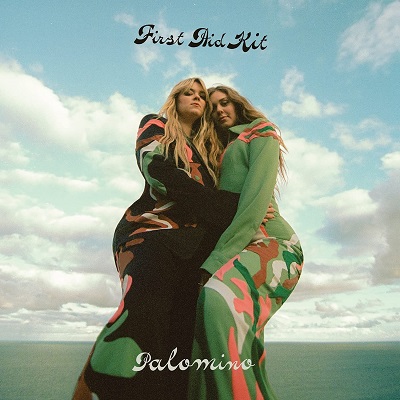 Opening tune Out of My Head is a blistering pop song that perfectly encapsulates all the elements that make up the album. Klara sings about being stuck in the past, thinking of ‘all the people that I have let down’, and comparing that flood of memories to be on a river, floating down the stream. The bridge takes it down a notch, allowing the airy synths that bed the track to breathe, and the sisters to show their softer vocal range, before building back up to an anthemic final chorus.

Wild Horses II is an interestingly name track, not only because the lyrics mention the protagonist listening to the Rolling Stone’s song Wild Horses, but also because thematically, it shadows many of the same feelings that song contained. Freedom, youth, escapism; all niches of excitement and adventure are touched upon in the lyrics, but also in the building instrumentation. The addition of the stabs of brass, and Bruce Springsteen-esc chord progression, as well as the violin arrangement, make this song a mid-album highlight.

Ready to Run leans more into the folky roots of the band, complete with light trumpets accompanying the piano and acoustic guitar, while Fallen Snow has hints of Celtic fiddles, which pass over the slightly lo-fi ascetic of the song. Nobody Knows shows off the sibling’s natural harmonies perfectly, elevated by a gorgeous string arrangement, and elegantly played backing instrumentation. Another is title track and closer Palomino. It takes a leaf from the 80s songbook, the snare of the drums that opens the track slapping hard and reverberating as though it were recorded in a cave. The song brings the album to a satisfying conclusion.

Palomino burns bright and long, serving up a mix of intriguing songs with varying sounds and structures, and strong songwriting. Each track is a complete journey, and while some stand out stronger amongst the rest – Wild Horses II and Nobody Knows, for example – there isn’t a moment on the record that lets down the side. In many ways, it’s First Aid Kit’s strongest collection to date, and shows that the duo aren’t running out of steam, even after almost fifteen years of releasing records.