British soft-rock duo Bear’s Den have a history of heartfelt, slow-burning songs, and their latest release Blue Hours is no different, as it delves even deeper into the dark, subdued sound world that they are known for. In this album, songwriter Andrew Davie and multi-instrumentalist Kevin Jones have concocted a powerful menu of songs that take the listener through a multitude of emotions. 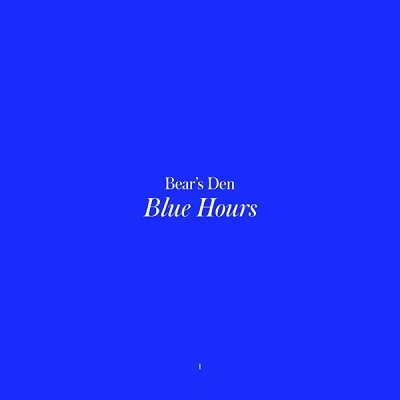 The exploration of mental health is a highly prevalent theme in the lyrics, as Davie discusses the human mind, highlighting its struggle when faced with the variety of sentiments that some find themselves battling against. Although these lyrics speak for themselves, what really underlines the album’s character is its timbre, courtesy of producer Ian Grimble (a returning member of the band’s creative force). Even though the album whisks us through an eclectic blend of both therapeutically slow ballads and punchier, more rhythmic tunes, Grimble’s studio wizardry seems to cast an ominous blue shadow over the whole body of work, subduing even the most upbeat song. This sound perfectly matches the nature of Davie’s lyrics, and completes the album’s ability to leave a lasting impression on anyone with an ear for detail.

Despite the downcast qualities of the album, there is still something for everyone, with the two singles Blue Hours and Spiders conjuring up a faster-paced, somewhat energetic feel that leans into indie-rock with the tunes’ driving beats and guitar lines that are sweet and melodic, albeit livened with a touch of overdrive. Although the blue feeling remains, these songs present an interesting variation on the others, while still maintaining the album’s character and theme.

Bear’s Den create the soft, ethereal sound to their more downplayed numbers mainly by the choice of instrumentation, especially the flowing sustained piano lines heard on songs such as New Ways and Shadows. These piano parts roll and undulate through the songs, not only cementing the emotions that the lyrics portray, but also adding an important element to the texture that makes these songs so pleasant for the listener.

This latest composition by Bear’s Den should be on every soft-rock fan’s listening list for this month, especially those who like to pay particular attention to the content of lyrics. The band are also currently touring, which is a great opportunity for those who have listened to Blue Hours and want to hear the songs live.