Norwegian-born, pop phenomenon, Sigrid has announced her U.K. and Europe Headline tour for 2022. It’s no question Sigrid is one of the fastest rising artists to arrive in the past few years with her standout single Don’t Kill my Vibe and globally acclaimed debut album Sucker Punch. Sigrid will be hitting the road, for performances throughout the U.K. kicking off in Liverpool on 4th November, with stops in Cardiff, Birmingham, Edinburgh, Newcastle, Manchester, London, and Dublin, before continuing onto Europe. Tickets go on general sale Friday 28th January at 9am via LiveNation.co.uk

24 year old, pop marvel has had an impressive rise to stardom, breaking records and achieving every accolade possible. From her small town in Norway to become a global star. Winning the BBC Music Sound of 2018, playing Glastonbury to over 30,000 festival-goers, performing across the globe at the Royal variety Show, headlining her own sold-out U.K. tour all while racking up billions of streams and concurring the charts worldwide.

Sigrid has lit up stages with her progressive attitudes to femininity in pop and captured the hearts and minds of the masses, arriving onto the world stage with the unofficial feminist anthem Don’t Kill My Vibe. Sigrid’s defiant pop-synth was captured in her debut globally acclaimed album Sucker Punch, continuing her rise to domination Sigrid released festival favourite and platinum-certified single Strangers.

Sigrid is once again re-writing the rulebook in the pop-archetype with her new immaculate disco-ball-shaped single Mirror. Written for the festivals that have become Sigrid’s definitive stage, and the thousands of fans who will “feel the bass in their chest” says Sigrid, Mirror is a track evocative of Sigrid’s talent of zooming in on the personal whilst speaking to the universal: “I love who I see, looking at me in the Mirror”. 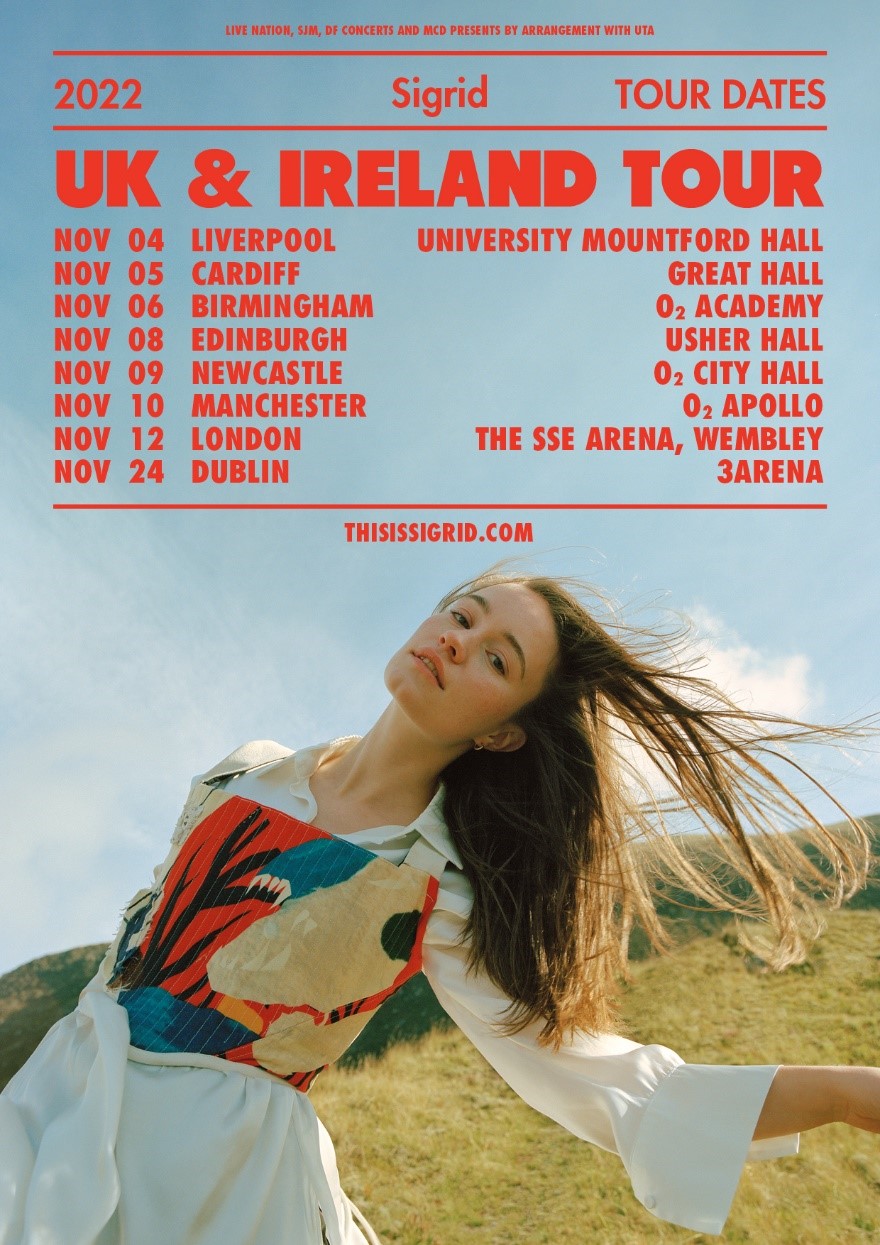