Scouting for Girls have today announced a major UK tour this winter including a date at London O2 Shepherd’s Bush Empire performing their biggest hits, best-loved songs and more. Tickets go on sale Friday 4th March at 9am at www.gigsandtours.com and www.ticketmaster.co.uk.

Throughout Scouting For Girls’ career, the band have sold over two million albums, two million singles, garnered over 500 million streams, been nominated for 4 Brit Awards as well as an Ivor Novello, had four top ten singles, sold-out OVO Wembley Arena, The Royal Albert Hall and two nights at The London Palladium. Scouting for Girls 2021 UK tour saw them perform to over 50 thousand fans across their longest live run to date.

Friends since they were five, indie pop three-piece Scouting For Girls (Roy Stride, Pete Ellard, and Greg Churchouse) burst onto the music scene in 2007 with their self-titled debut which went on to become triple platinum and birthed the generation-bridging anthems of ‘She’s So Lovely’, ‘Elvis Ain’t Dead’ and ‘Heartbeat’. Scouting For Girls went on to release ‘Everybody Wants To Be On TV’ (2010), ‘The Light Between Us’ (2012), ‘Still Thinking About You’ (2015), The Trouble With Boys (2019) plus the mega number 1 hit single ‘This Ain’t A Love Song’.

Surrounding themselves with sources of comfort and escapism after a tumultuous lockdown, 2021 saw Scouting for Girls release studio album ‘Easy Cover’ plus two EPs ‘Live and Acoustic’ and ‘B-sides and Rarities’ and embark on their longest tour to date!

Scouting For Girls will be appearing at over 40 festivals this summer including Neighbourhood Weekender before headlining their own tour this winter. Full tour details below. 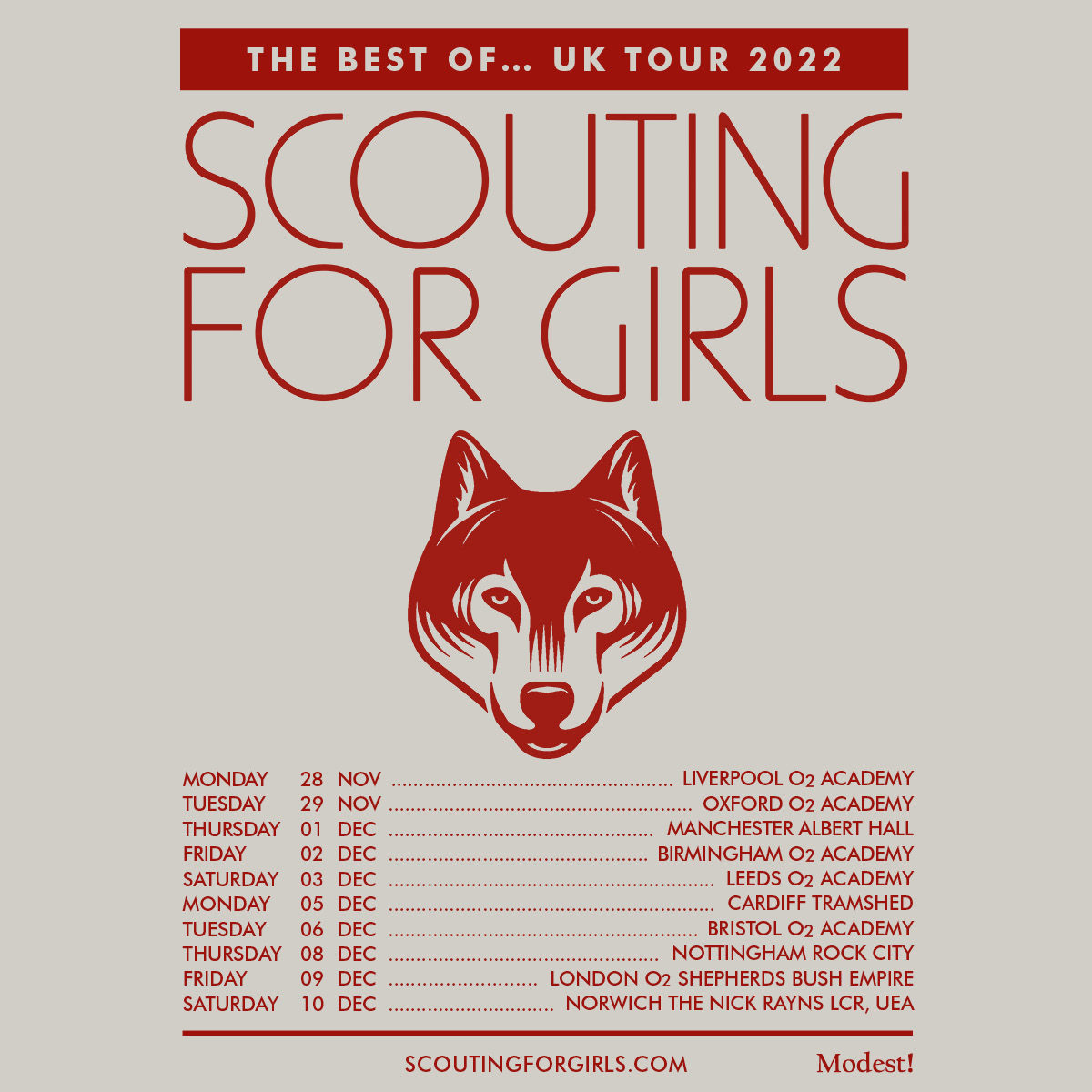