Following the release of British Singer, songwriter and music legend, Matt Goss’s fifth studio album, ‘The Beautiful Unknown’ Matt Goss announces a special one-off show at the iconic The London Palladium on Saturday 23rd April 2022. Tickets go on general sale Saturday 2nd April at 10am via LiveNation.co.uk. Fans can access the artist pre-sale tomorrow, Thursday 31st March at 9am via the link those who book tickets via the artist pre-sale link will also receive a copy of the new album ‘The Beautiful Unknown’

Matt began his solo career in 1995 and has since sold over 5 million albums, performed his Las Vegas residency at Caesar’s Palace and The Mirage for over ten years, and holds the title of the longest-running British artist on the Vegas Strip. Topped the charts across the globe, became a cultural phenomenon status and headlined many of the world’s most iconic venues including, The Royal Albert Hall, The Sydney Opera House, the White House and a show at Wembley Stadium, a feat that made Matt Goss the youngest male ever to headline the legendary venue, a record he still holds today. This April he will be returning to The London Palladium where fans can hear music from his latest album ‘The Beautiful Unknown’ as well as, all his previous hits.

‘The Beautiful Unknown’, released this week sees Matt return to his pop roots. The album was written largely in the middle of the global pandemic, but it took six months for the realisation to eventually push Goss back into his first love; Songwriting. This exciting next chapter sees Goss baring his soul for the world to see as well as emerging from a turbulent couple of years stronger, more determined than ever before.

‘The Beautiful Unknown’ includes catchy curtain-opener ‘Somewhere To Fall’, which is a song about finding a safe place to rest our strength. There’s more melodically delivered messaging in ‘Feelin High’, a dance track with an emphatic rhythmic punch. Elsewhere, on ‘Saved’, Goss channels one of his Eighties peers, the late, great George Michael. “You broke my heart but saved my life” is a bold statement that leads the chorus and one that Matt swears by. ’Saved’ proves Goss is back to doing what he does best; writing charismatic powerful pop songs like no one else.

The songwriter’s deep experiences in the music industry, from the giddy highs of Eighties fame to the demands of entertaining thrill-seekers week in, week out in one of the planet’s great entertainment centres, are evident on the powerpop anthem ‘Better With You’. Goss’ lyrical and vocal inventiveness runs riot on ‘Makin’ It Rain’. His vocals on this delicious slow-jam are beautifully layered and stacked, elevating a lyric about emotional connection in a time of isolation. Finally, smoothly closing things out is ‘Landslide’. Goss’ classy Fleetwood Mac cover speaks to the daring, feeling and intuitive love of music that have characterised his career.

General sale on Saturday 2nd April at 10am via LiveNation.co.uk 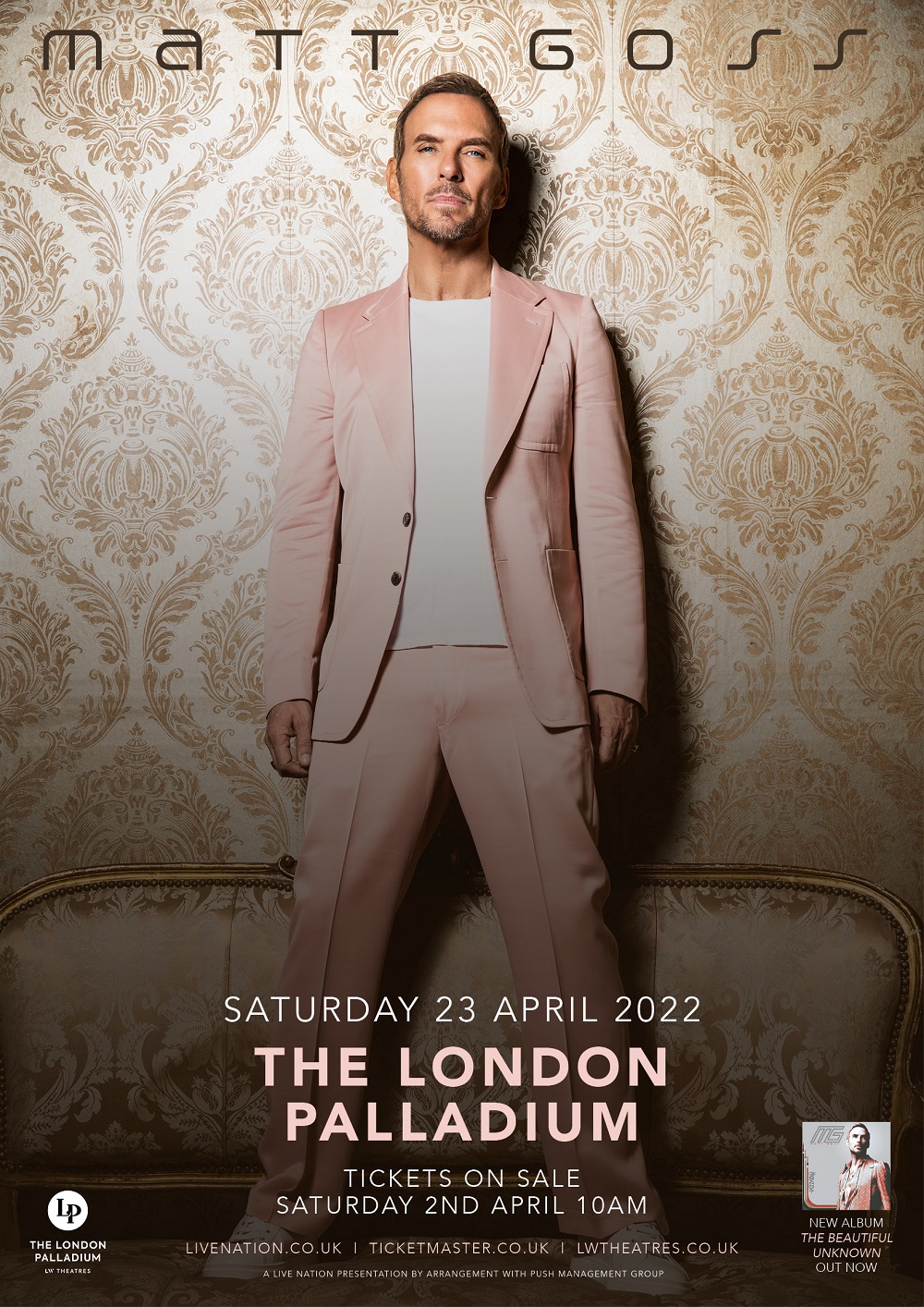