GOLDFRAPP have shared details of the long awaited Felt Mountain reissue, set for release on 25 March 2022 on Mute / BMG on gold vinyl and CD, with extensive new sleeve notes by Lior Phillips and photography by Joe Dilworth and Anna Fox: https://goldfrapp.lnk.to/feltmountaingoldPR

Originally released by Mute in September 2000, Alison Goldfrapp and Will Gregory’s debut features many tracks that went on to become live favourites, including the singles ‘Lovely Head’, ‘Utopia’, ’Human’ and ‘Pilots’.

Described by Time Out as “a staggering debut”, Alison Goldfrapp recently said, “Looking back, Felt Mountain represents a very special period in my life. It is the first album Will and I recorded as Goldfrapp, launching us in a new musical direction, and the moment for me, after 13 years or so in music, that I found a creative direction that I was truly excited about. Being nominated for a Mercury Prize was incredible and unexpected, and an affirmation that we were embarking on an important journey.”

The band will embark on a tour in spring 2022, and are set to perform tracks from the album for the first time since its original release, in a brand new show featuring lush and intimate takes on classics from across over two decades of innovative and exciting releases.

Goldfrapp goes on to say, “I listened to the entire album again recently – something I don’t really ever do – and it was a surprisingly emotional experience. The songs instantly take me back. The album is still relevant two decades on, and hopefully will be interesting for people to rediscover and maybe also hear for the first time.” 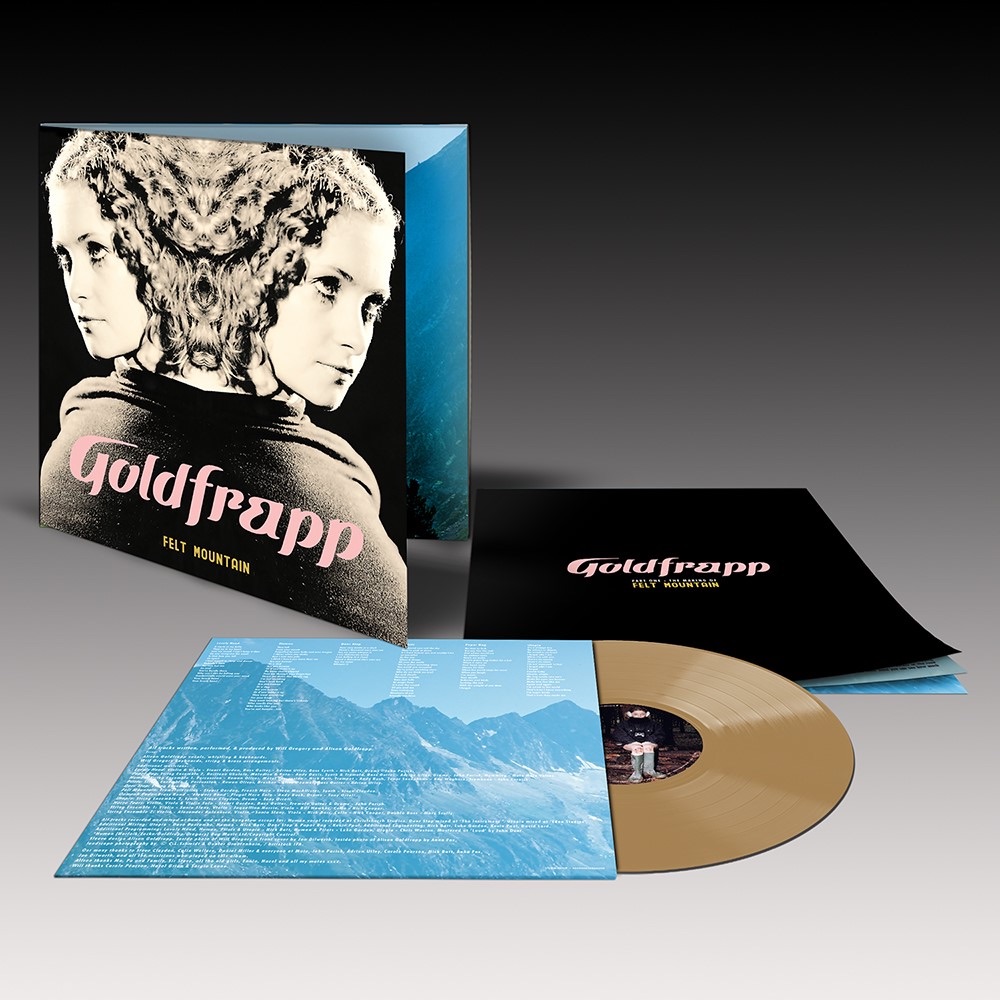 Alison Goldfrapp and Will Gregory formed Goldfrapp in 1999 and released their Mercury Prize nominated debut album Felt Mountain in 2000. They have since released a further six studio albums (most recently Silver Eye in 2017) and a string of hits including ‘Strict Machine’, ‘Ooh La La’, ‘Lovely Head’ and ‘A&E’. The multi-platinum selling band have been nominated for several Grammy and Brit Awards and won an Ivor Novello for ‘Strict Machine’. Goldfrapp have also scored the soundtracks to the films ‘My Summer of Love’ (dir. Pawel Pawlikowski, 2005) and ‘Nowhere Boy’ (dir. Sam Taylor-Wood, 2009) and wrote the music for the National Theatre’s production of ‘Medea’ directed by Carrie Cracknell in 2014.

Tickets for the tour are on sale: www.goldfrapp.com/live