One of the most popular recording artists and respected entertainers in history, Billy Joel will perform on the BST stage on Friday 7 July. Tickets are available to AMEX members in a presale from 10am, Thursday 29 September and go on general sale 10am, Thursday 6 October.

This announcement comes shortly before the release of one of the most recognised concert films of all time, Live At Yankee Stadium, coming to cinemas for a special two-night global fan event via Trafalgar Releasing on Wednesday 5 & Sunday 9 October. In celebration of 50 years of Billy Joel, watch New York’s quintessential son’s stunning 1990 Bronx stadium concert and get ready for his only European performance at BST Hyde Park in 2023.

Billy Joel is the sixth best-selling recording artist of all time and the third best-selling solo artist, as well as one of the biggest concert draws in the world. Joel’s songs have acted as personal and cultural touchstones for millions of people across five decades.

Having sold 160 million records over the past quarter century, the hits have continued for almost five decades, scoring 33 consecutive Top 40s. Joel has received the RIAA’s Diamond Award twice for Greatest Hits Volume I & Volume II and The Stranger, presented for albums that have sold over 10 million copies. He is the recipient of 23 GRAMMY nominations and six GRAMMY Awards, including the prestigious Grammy Legend Award. Joel has been inducted into the Rock & Roll Hall of Fame, the Songwriter’s Hall of Fame, and has received numerous awards including a TONY Award for ‘Movin’ Out’, The Library of Congress Gershwin Prize for Popular Song, the once-in-a-century ASCAP Centennial Award. Additionally, he is a Kennedy Center honoree and has received a star on the Hollywood Walk of Fame. 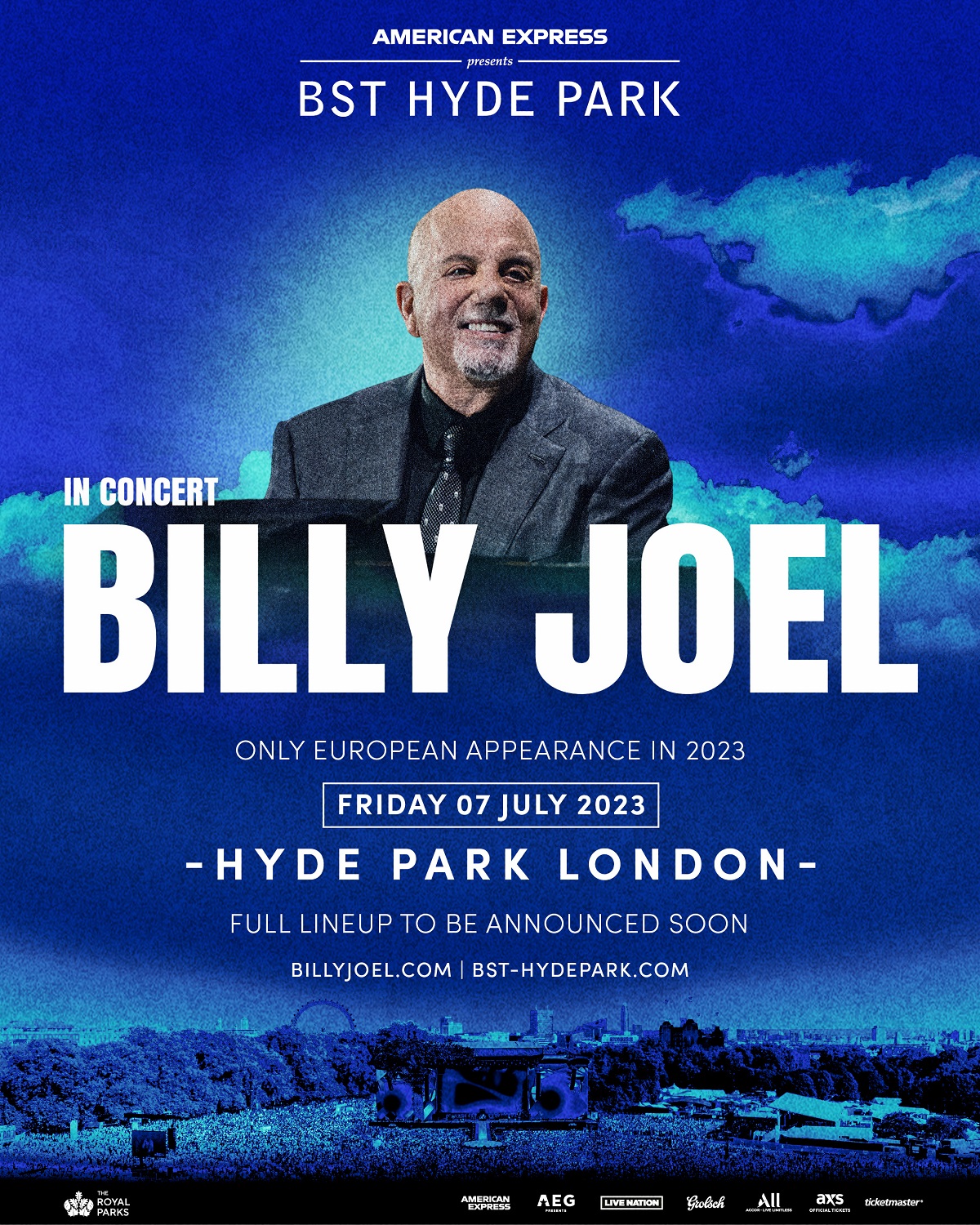