Pop icon Anastacia has announced her ‘I’m Outta Lockdown – The 20th 22nd Anniversary’ UK & Europe tour. Pre-sale begins 24th November, general on sale 26th November. The tour was originally supposed to take place in 2020 to coincide with the 20th anniversary of ‘I’m Outta Love’ but was postponed due to the pandemic. Kicking off in Switzerland, the huge European tour has stops in Rome, Berlin and Prague, before heading back for a UK leg which includes a massive date at London’s Hammersmith Eventim Apollo on November 8th 2022.

The mega voice behind massive hits including multi-platinum ‘I’m Outta Love’ and ‘Left Outside Alone’, Anastacia is one of the most recognisable voices of our time. The tour is Anastacia’s first since 2018 in support of her seventh studio album ‘Evolution’, which became her sixth album to reach the UK Top 10. In October 2021, Anastacia took part in and won The Masked Singer Australia. To date, Anastacia has sold over 30 million records worldwide. 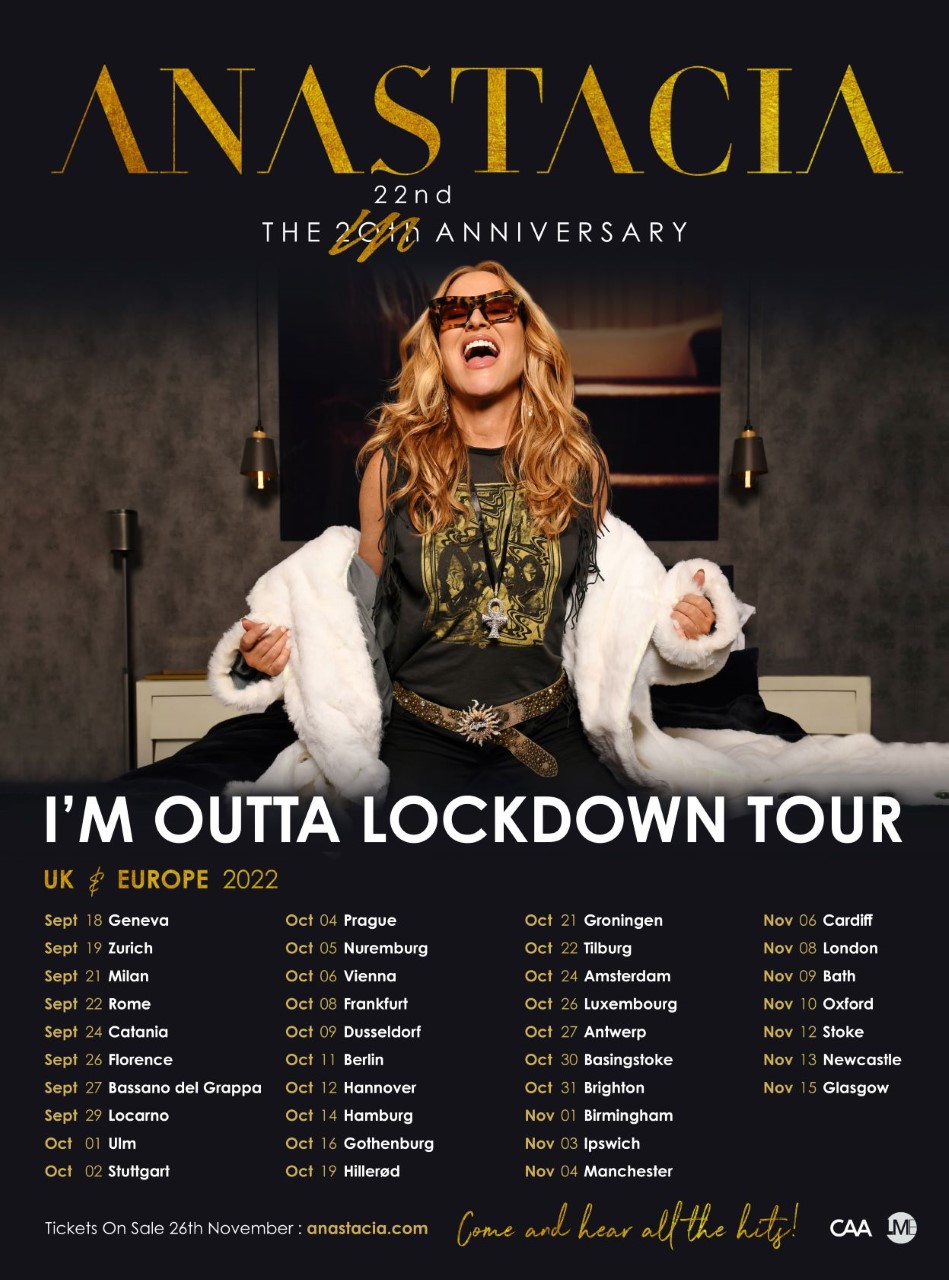