In recent years Olly Alexander has made quite the name for himself. From starring in Channel 4 drama It’s a Sin, to collaborating with industry legends such as Elton John and Pet Shop Boys, Alexander is starting to cement himself as a superstar in today’s pop culture.

Therefore, it should be to the surprise of nobody that in spite of Years and Years no longer being a band of multiple members, Alexander has still managed to create an album that is full of absolute hits, whilst also serving as a collection of empowering anthems for the LGBT community that Alexander represents with flying colours. 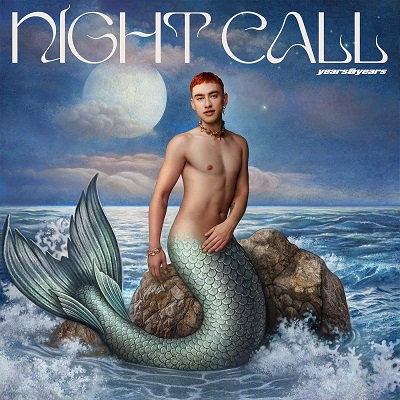 Yes, Night Call is an album that proves the quality of Alexander as an artist from the very first song, with Consequences setting the tone for the dance-pop record in spectacular fashion. The themes of both empowerment and heartbreak that are prevalent throughout the whole album are both thrown into this opening track giving us just a taste of what Alexander has in store for us.

By now it is common knowledge that Alexander knows how to create a song that can take over the country, with the most obvious example of this being 2015’s chart topper, King. In the record’s lead single Starstruck, Alexander reminds us of this ability as this feel-good explosion of pop goodness does exactly what it is intended to, make you want to get up out of your seat and dance. Just like King did so well, this track has a vibe about it that transports you right to a sunny beach with its summertime feel. The same can also be said for other tracks on the album including Night Call and Immaculate.

As the album goes on Alexander explores his inner battle with how he wants to live his life. He dives into themes of the nightclub/hook up scene in many powerful and racy ways, from the raunchy vibe of tracks such as Crave and Muscle, to the underground nightclub feel of title track Night Call. Alexander also delves into themes surrounding wanting to settle down, and the heartbreak he has felt from past love. Intimacy is the best example of Alexander expressing his less promiscuous desires, as he sings that he’s “not one for casual intimacy”. Meanwhile the album’s second single Sweet Talker is a perfect heartbreak hit. This being said, the emotional highpoint of the album is undoubtedly the heart-wrenching Make it out Alive, a song that bleeds with tragedy as Alexander details his experiences with the painful side of love.

Overall, Night Call is an album that may go on to define Alexander’s career, the 90’s pop influences present on the album are made clear by the cameos of a certain Kylie Minogue at the end of the record. A fitting touch that completes this 16 track statement of intent from Olly Alexander. The album showcases his new attitude and, following on from his beautiful speech at last year’s Glastonbury, consolidates his status as a true hero of the LGBT community, and a true pop legend in the making.