Craig David’s career has already lasted over 20 years, producing an impressive array of musical output. With this in mind, however, his new album 22 shows no sign of the Southampton-born singer’s stardom coming to an end. 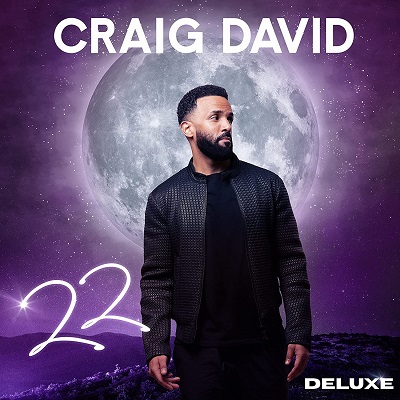 Despite a refreshed sound and plenty of originality to offer, David hasn’t tried to be too clever with this record. Straight away, as the first song Teardrops begins, we are reminded of the illustrious era that saw David rise to fame, collaborating with the likes of Artful Dodger. Fans that have grown up following his music are sure to feel nostalgic tingles down their spines.

David also winds back the clock to his earlier days with DNA, a house track which is sure to fill dancefloors wherever it is played. Dance music heavyweights Galantis feature on the tune, adding a touch of their own flair.

Galantis aren’t the only artists to collaborate with David on this record: the singer has explored the depths of his rolodex in order to assemble an eye-wateringly prestigious line-up of feature artists. Rising star Nippa sings on G Love, where David experiments with more adventurous harmony to hint at alternative R&B. It is also exciting to see him celebrating young, up-and-coming artists given how established he is in the industry.

What More Could I Ask For? with British rapper Wretch 32 also puts an interesting spin on the album, as we see David venture even further out of his comfort zone. Wretch 32’s rapping also complements the sweetness of David’s vocal melodies well.

In the second half of the album, David decides to switch the mood with a slower, more heartfelt brace of songs: Gold and Maybe. The dancey percussion from the previous tunes is stripped away, allowing the emotion of those rolling guitar lines to show through.

David has emphatically continued his discography with 22. The perfect balance between his classic style and a sprinkling of something new is sure to please fans everywhere. From new genres to surprising collaborations, this record has something for everyone and seems to contain the necessary ingredients for an album that will stay at the top for a long time.