P!NK is back! Today, the global pop icon has announced her headlining show at American Express presents BST Hyde Park on Saturday 24 June, plus further huge UK outdoor shows as part of a 2023 European tour. P!NK will bring her immensely powerful voice and high octane live show back to UK shores for the first time since 2019’s phenomenal sold out Beautiful Trauma World Tour.

In a London exclusive performance, P!NK joins previously announced Bruce Springsteen and the E Street Band and Billy Joel as the other headliners already announced for 2023’s BST Hyde Park.

Tickets for all shows will go on general sale on Friday 14 October at 10AM BST. Special guests will be announced shortly.

P!NK says, “It’s been a long three years and I’ve missed live music so so much…. So it’s finally time! I am so excited to get back to the UK and Europe to sing, cry, sweat and make new memories with my friends. It’s going to be magical!”

Renowned for her undeniably breathtaking live shows with colossal production, teamed with her world-class talent, P!NK’s Summer Carnival 2023 is set to be yet another impressive landmark in her already phenomenal career and a truly unforgettable live experience for fans.

Summer Carnival 2023 will start with two nights at the University of Bolton Stadium, Bolton, before two nights at the Stadium of Light, Sunderland and one night at Villa Park, Birmingham. Her final UK performance will be as headliner at London’s iconic Hyde Park as part of American Express Presents BST Hyde Park.

Describing P!NK’s 2019 tour which included 27 spectacular sold out shows across the UK and Europe, The Guardian said “The star condenses the energy of an entire tour into a single show that’s a riot of circus athleticism and crowd-pleasing hits”.

American Express Cardmembers can take advantage of the first presale from 10am Friday 7 October. 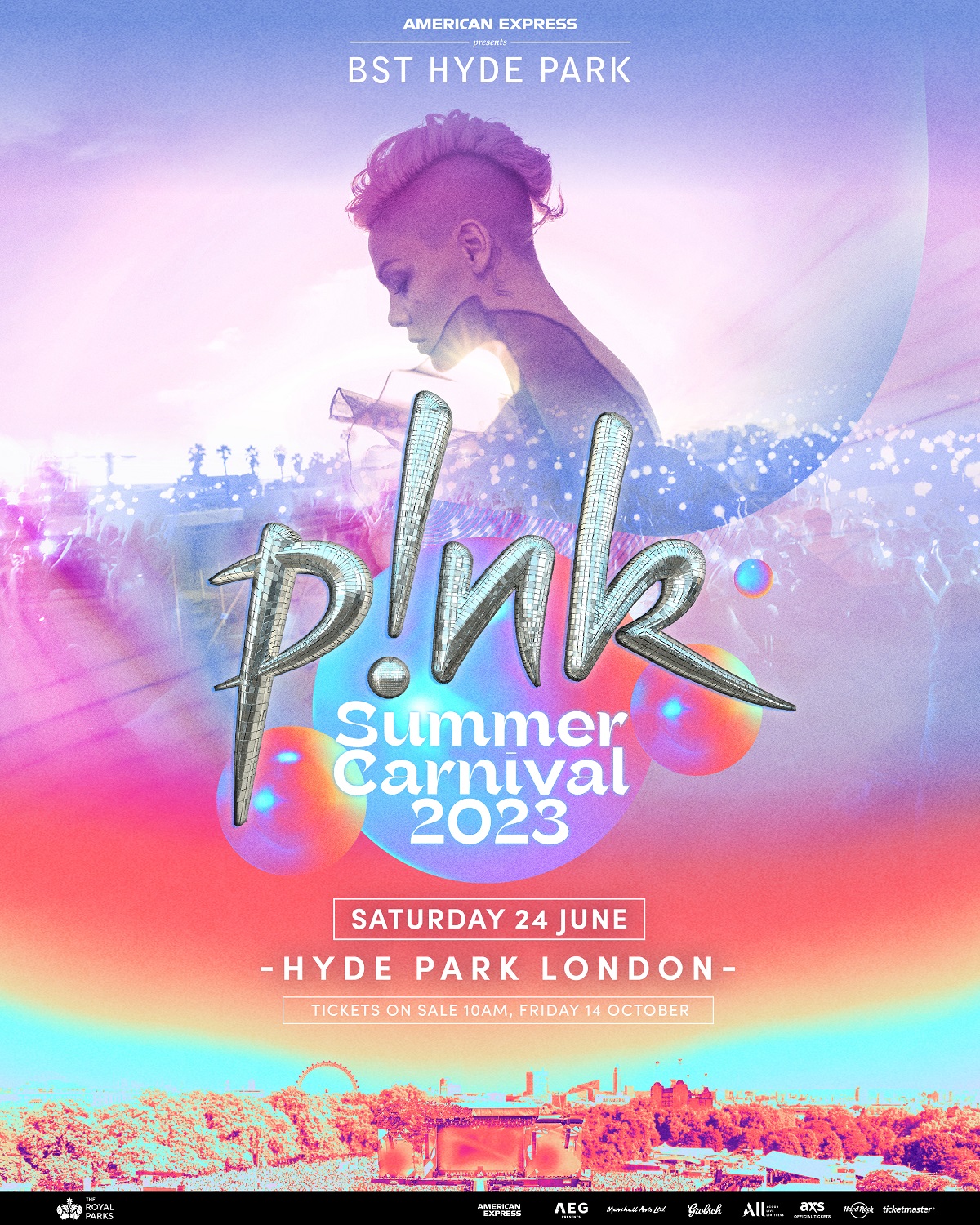