Those music fans seduced by the allure of rock n’ roll and who are aware of what came before dream of being alive during the 60s, arguably the most important decade for popular music. A huge part of the attraction of this decade is the formation of the most important band for blues- and hard-rock; Led Zeppelin. It is a blessing then that the iconic and awe-inspiringly talented frontman of this incomparable band Robert Plant is still making music all these years later. Having said that, Plant has made a divergence since his Led Zeppelin days into more tamed musical styles and his latest album Raise the Roof is the second studio collaboration with bluegrass-country singer and musician Alison Krauss. 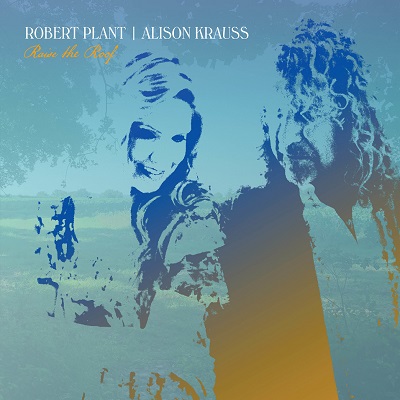 On paper perhaps not the most obvious of pairings if you focus on Plant’s Zeppelin years, but the album is the happy result of taking each of the artist’s own genres, sanding the edges and combining them to make a beautiful collection of reinterpretations of a diverse and interesting array of songs as well as one original that are a genuine treat to listen to. Indeed, as may be guessed, this combination of blues and country music breeds traditional or even old west themes, with lyrics such as those heard in opening line of Go Your Way; ‘drawing water from the well’ and the lines ‘some people born with silver and gold…I never had a thing in this whole wide wicked world’ in You Led Me To The Wrong. It is nice, through this imagery and alternative themes, to escape from the modern world of pop and technology into what feels like another time

This sense of traditional music is strengthened by the choice of instruments used throughout the album, particularly slide guitar, heard most prominently in Going Where The Lonely Go, and banjo, employed well in the likes of Last Kind Words Blues. In fact, the instrumentation is brilliant throughout the album, as is the exquisite production, mixing and arrangement. This comes as no huge surprise however, knowing it was the legendary T Bone Burnett who produced the album and who also helped pen the only original number High and Lonesome with Plant himself. The album is largely a rhythmic and at times percussive one, with melodic instrumentation being used thoughtfully in the right place and at the right time. These aspects of the album can be well appreciated listening through headphones, where the incredible use of the stereo field and panning is most obvious.

The singing arrangement of the album keeps things interesting, with Plant featuring more heavily overall but Krauss at times taking the lead, such as on their cover of the Everly Brothers’ The Price of Love, where Plant simply adds body to the chorus. However, neither takes the lead on opening track Quattro (World Drifts in), where the lyrics are instead sung simultaneously by both singers whose voices synergise to combine with the music to make one of the album’s standout tracks. The other standout is You Led Me to The Wrong, which opens with captivating and rustic fiddle and panning techniques that stop you in your track – you’ll find yourself listening closely as soon as this one comes on!

Raise the Roof may not be shockingly exciting on the surface but look past this superficial layer and it is this kind of skill surrounding production, arrangement, mixing and instrumentation that has been exploited in the making of this album that sets it apart. With Robert Plant and Alison Krauss being so established, you know the vocals will match their experience, but it also means they are able to attract top musicians with acute control over their instruments and a producer with a uniquely impressive résumé. At the very least, Raise the Roof is an album that allows one to appreciate what can be achieved in the world of music recording.