Whilst a number of legendary artists have made their returns with comeback records this past year, there are  none that have been able to recapture the energy of their earlier work more-so than British Rock superstars Placebo. 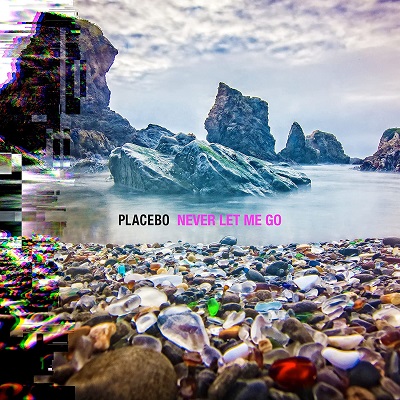 Never Let Me Go is the first album we have seen from Brian Molko and his band in almost a decade and judging from the contents of this record it is safe to say that the band have aged life fine wine. The album retains all the goth-punk energy that we’ve grown to love from Placebo. This is evident straight from the word go as record opener Forever Chemicals gets things started in very powerful fashion. Here Stefan Olsdal leads the band in creating booming riffs that drive us through this track alongside Molko’s soul stirring vocals.

In Beautiful James the band give us more of a pop song, with a softer more upbeat feel to it, however even here the band retain their signature punk-like sound. In fact, the whole album manages to keep up an emphatic gothic energy that makes the band seem as though they haven’t aged a single bit since their hit songs of the late 90’s. This is no truer than on Twin Demons, a song that really symbolises everything the band has stood for over the years: a fearlessness to explore dark themes and a raucous intensity in their music. Meanwhile on Sad White Reggae bring in a very Daft Punk-inspired techno noise that beautifully breaks down into the more commonplace punk sound of the band.

There is a haunting tone to the record as a whole that feels like it captures the feeling of today’s world. This is brought on heavily by the darkness emitted from the instrumentation and vocals present throughout, as well as the deep themes that are explored on the album. Happy Birthday in the Sky is a song addressing a murdered loved one, whilst in Try Better Next Time Molko imagines a post-apocalyptic world that could be the consequence of global warming. However, the most chilling track is arguably Surrounded by Spies, with this track shining a light on just how scary our society full of cameras and social media has become.

This album marks an epic comeback by one of Britain’s most slept on acts in recent history. Molko is still his amazingly flamboyant yet dark and brooding self, and whilst they retain every bit of the energy they had some 20 years ago, there is a newfound maturity that brings a whole new element to the bands sound. Never Let Me Go is a sublime album that should be checked out by anyone craving some alt-rock greatness.