Introductions aren’t necessary for someone with the calibre of Ozzy Osbourne. The Prince of Darkness has been carving out his legendary status ever since Black Sabbath first appeared in the late 70s, bringing with them what is considered by most as being the first true metal album. Some fifty years on, it seems that Ozzy, despite his battles with addiction, and his just as memorable diversion into reality TV, is still able to be the figurehead of an incredible album. 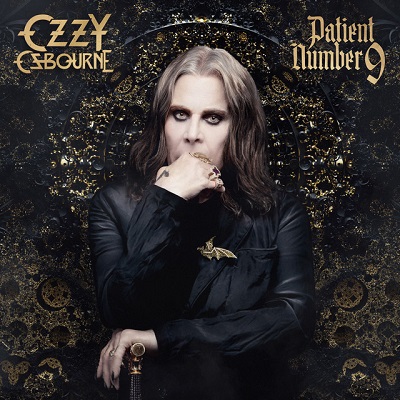 The horror themed intro to opening song and title track Patient Number 9 sets the scene, with cries for help and maniacal laughter, before heavy guitars and pondering drums thunder in. Ozzy sounds shockingly pristine, singing effortlessly at his usual timbre. At the half way point to this seven-minute behemoth, there’s a fantastic solo, performed by none other than the Yardbird’s Jeff Beck. This and the face-melting ending, call back to a time where this sort of middle eight was at its prime. Jeff is one of a few to feature across multiple tracks, and it’s great to be able to distinguish between what each player is performing. Fuzz guitars growl across the intro of Parasite, exploding into one of the albums most sing-along choruses. Another solo at the halfway point, this time by seasoned Ozzy collaborator and Black Label Society frontman Zakk Wylde. This sets this track apart from anything else in rock right now; a perfect, face-melting delivery.

One of Those Days has the surprise inclusion of Eric Clapton, and he brings his distinctive flare to the chord progressions and melody. It’s this and A Thousand Sands that may begin sounding like Eagles covers, but quickly transition into typically Ozzy power ballads. His vocals soar over the harmonised guitars and restrained strings on the latter, while Clapton lifts the song with his expert guitar playing. The album closes on a strange note with DARKSIDE BLUES – a two minute long, reverb-heavy blues song, complete with slide guitars and harmonicas. It adds to the eeriness that began the record, but takes it to another, all more disturbing level. It reminds the listener that you’re not quite out of the nightmare just yet.

Patient Number 9 is Ozzy on surprisingly high form. His lyricism and vocal delivery are what you expect, but are also far better than what could have transpired. The choice of features on this album help immensely to bring the power that the songs needed, and Ozzy has risen to their level with each succeeding track. It’s a fantastic listen, and one that all rock fans, not just fans of Ozzy’s, should dive in to.