Heavy-sounding, guitar-band savagery charged with hard-hitting political vitriol: classic Muse are back following the otherworldly creation Simulation Theory whose conceited ethereality strayed far away from the band that fans knew. However, with the release of Will Of The People, the noughties pastiche sweeps into the foreground with a vengeance, concocting a thrilling menu of tracks that showcase the real Muse. 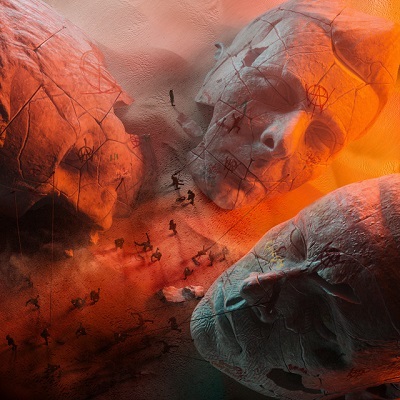 The title track is first up, shaking the album to life with the sound of a crowd chanting ‘the will of the people’, which then fades into a backing-vocal-esque accompaniment for the tune. The song itself mainly comprises a call and answer between Matt Bellamy’s iconic vocals and a stonking guitar and bass riff. From the very first beat, the band have succeeded in snatching attention. This is important, as the album’s lyrics are not exactly throw-away: the contents are loaded with political ideology and a ferocious commentary on the modern world that singes those in power.

The record then turns on a sixpence as the zappy backbeat of Compliance splashes a glam rock sound onto the album with vintage synthesisers and vocal chops. The same goes for the following track Liberation,which sees the band morph into the likes of Queen, as the newly introduced sound merges with the versatility of Bellamy’s vocals.

More twists and turns follow on the record as the grungy instrumental of Won’t Stand Down gives way to the uplift of its anthemic chorus. Then, everything is stripped back to allow the luscious, rolling piano of Ghosts (How Can I Move On). Bellamy employs a passionate vocal laced with vibrato. The song also takes a break from the brash political barrage and raucous instrumentation that has until this point ensued. Bassist Chris Wolstenholme and drummer Dominic Howard take a break from the action as Bellamy sits down with the ivories and explores the loneliness and grief endured throughout lockdown and the pandemic. He has stated that the song was written while he found himself without his band during isolation.

The record returns to its abrasive nature in the latter stages, notably with the songs Kill Or Be Killed and We Are Fucking Fucked. These two carry a worrying sense of urgency about the state of the world, leaving a scarily lasting impression as the album draws to a close.

Will Of The People carries on the Muse saga in thrilling fashion, whether it be from the classic orchestration or the hard-hitting nature of the lyrical material, or even how the two come crashing together to leave listeners blinking in shock at the closing beat. To compliment the release of the album, the band have lined up some UK gigs next year with Royal Blood, with tickets selling fast.