If someone had told you five years ago that Calvin Harris – one of the most well-known and acclaimed DJs and producers of his generation – would be angling the majority of his output towards smooth, soul-infused funk tracks, you wouldn’t have believed them. The Scottish artist started his career much like his counterparts, sampling others and using loud abrasive synths to create club classics, such as Acceptable in the 80s, and Dance Wid Me with Dizzee Rascal. In the early and mid 2010’s, songs like Feel So Close, and Summer launched his career into the upper echelons. It wasn’t until 2017 that Harris transitioned into the instrument heavy songwriting that became Funk Wav Bounces Vol. 1. Although he returned to making dance floor hits in the years after, he has found 2022 to be the year for Vol. 2 to finally emerge. 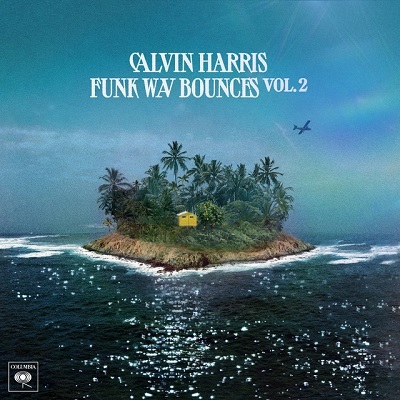 All the elements of the first album remain; shimmering pianos, tight and bright guitars, light string sections. Lead single Potions with Dua Lipa effectively encapsulated the records direction. Although it plays all the same cards as Vol. 1, Lipa’s instantly recognisable vocals shine on the track, and Young Thug’s verse at the centre is perfectly placed.

Woman of the Year is a powerhouse of strong female vocalists. Stefflon Don and Chlöe open the track with a one-two hook, feeding off of each others performances and bouncing off the bass-line. Coi Leray’s verse talks of taking control of situations, and really hammers home the point of the track. New To You has similar themes, kicking off with staccato strings, before opening up into a gorgeous passage. Normani’s vocals float over the melody, while Offset’s verse provides the other side of the semi-fictional love story.

Despite his heavily effected vocals on Obsessed, Charlie Puth manages to create one of the catchiest chorus’s on the entire record. Jamaica’s rising stat Shenseea gives a standout performance at the start, while Puth’s verse burns with soulful passion, even hidden under the vocal manipulation. Another standout artist is legendary rapper Busta Rhymes, taking centre stage on Ready or Not. He brings his all, just as fierce and fast as he was in the 90s. His flow dances across the deliberately uncomplicated beat, allowing his words to stand out.

Vol. 2 is exactly that; unabashedly a sequel. Despite its unoriginality, it takes an unbroken formula, adds a healthy mix of current and legendary performers, and the result is a sunny, high-energy album, perfect for summer. Harris again proves that he is a master craftsman when it comes to songwriting and production, and it’s a joy to see him return to this style.