Jack White has always been a creative powerhouse, ever since The White Stripes first emerged in the early 2000s. His unique voice and guitar playing, as well as his brilliant lyricism, have marked him as an icon of his generation, and he has continued to creatively shift and mould his sound beyond his garage rock roots. This year has already been graced by an album from White, April’s Fear of the Dawn. Entering Heaven Alive was already being touted as a complete change of pace to that record, and right off the bat, it’s easy to hear why. 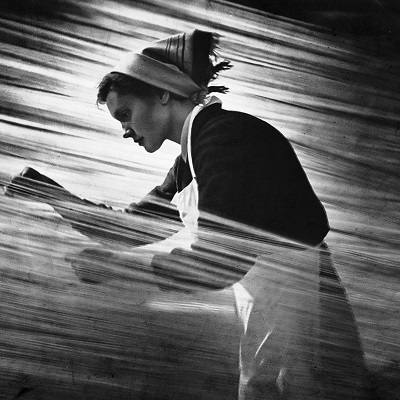 The powerful pianos that start A Tip From You To Me announce that the album is going to take a different approach. The chorus melody, complete with layer backing harmonies, resembles the softer side of Led Zeppelin. Lyrics about loneliness, and not knowing whether he wants to be alone or not, set up the themes of the album, as well as the rustic, folky-blues sound. The switch up in All Along the Way comes as a nice surprise. The stabs of organ play off the electric guitars perfectly, and gives the song a much needed lift, while original single Love is Selfish slots comfortably into the track list, feeling more at home now than it did prior to the release of Fear of the Dawn.

Help Me Along begins with beautifully raw strings. They’re matched in the chorus with a vibraphone, and then later with piano, each section flowing majestically from one to the next. The upbeat bridge of piano and mallet is a joyful moment. It’s one of many dotted across the record. Duelling guitars take centre stage on I’ve Got You Surrounded (By My Love), building a staticky and echo-rich atmosphere until it breaks down into a mid-tempo gospel-esc groove. If I Die Tomorrow is another stellar ballad, with a very sweet and fitting guitar passage towards the end, while closer Madman in Manhattan calls to mind Joni Mitchell’s jazzier era in its opening moments, lyrically depicting a kidnapping, before changing up into a conversation with an angel.

The record overall is a toned-down affair, but in the place of heavily compressed guitars, and saturated drums, is a space that allows White’s guitar licks to breathe, and lets the other instruments thrive. It’s a more nuanced album than Fear of the Dawn, and its playful uses of varied influences from the 50s and 60s add yet another string to White’s already thick bow. Entering Heaven Alive could not be further from his early work, but it’s just as inventive and well executed. Fans of his previous solo efforts may find this album a step too far in the folk direction, but for others it will be a breath of fresh air.