Everyone’s favourite noughties boy band, Blue, is back with their first album in seven years, Heart & Soul. The heartthrobs first shot to fame in 2001 with their debut smash-hit album All Rise featuring pop bangers such as Too Close and If You Come Back. Now twenty-one years later and much more mature, Lee Ryan, Duncan James, Simon Webbe and Antony Costa are making their comeback. 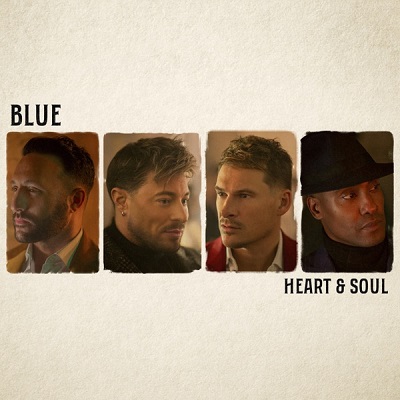 Still focusing on themes of love & heartbreak, and working with their old producer Hugh Goldsmith, Heart & Soul opens with Haven’t Found You Yet, a punchy pop track with Blue’s feel-good harmonies over remixed backing vocals. Their title track Heart & Soul, co-written by pop star MNEK, is a modern dance anthem, and Ultraviolet could even be mistaken for a Joel Corry or Nathan Dawe track in the dance charts. Clearly Blue have worked on successfully creating a fresher sound to match their 2022 contemporaries.

However, there are still elements of nostalgia throughout the record, including Blue’s cover of 112’s noughties hit Dance With Me and the use of overly dramatic lyrics such as ‘I would walk through fire / Six needles in my eyes / Kill a random guy’ on Man Do, throwing it back to the sickly love songs of the 2000s. Obviously times have moved on, so these two tracks do feel slightly dated.

Of course, it wouldn’t be a boy band album without any great ballads. The uplifting track This Could Be Love, is a song full of optimism about a new relationship over a steady tempo. And the slower, piano driven track Magnetic is about two people who weren’t supposed to fall in love. But what makes these ballads so enjoyable is that they showcase Blue’s smooth harmonies so their vocal abilities can truly be heard and appreciated, showing that Blue still has it.

Overall, Blue have certainly created a great new collection of modern hits that they can bring to their tour this December. You can tell that Blue have put their ‘heart’ and ‘soul’ into their comeback album, from co-writing a number of the tracks, showcasing their powerful harmonies and working on a more modern sound to suit 2022. It’s a great time to be an old school fan of Blue and seeing their musical development into modern dance anthems. However, I don’t think they will be picking up any new young fans in 2022 as their album will be overshadowed by current pop artists.