Bloc Party has reignited the indie-rock spark with their sixth studio album Alpha Games. Amidst blazing dual-guitars and ignited drum beats, the English quartet have released a nostalgia-laced LP that will blow your red high-top Converse off. 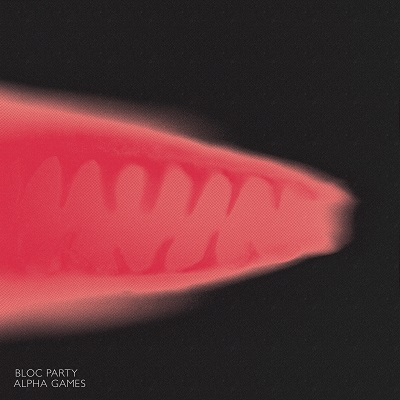 In my opinion, Bloc Party deserves a place on Indie Mount Rushmore, sandwiched in between The Strokes, The Libertines, and The White Stripes. Their debut album Silent Alarm solidified them as one of the best indie bands on the scene. It’s an album full of adrenaline-infused tempos and passionate, hard-boiled vocals. The record was original, bold, and full of creativity. Alpha Games recaptures this fierce spirit with a lovely homage to the band’s early years.

On their 2019 tour, the band played Silent Alarm in its entirety. It’s easy to see how this nightly recap could have triggered an emotional response in the band. By reliving their past, the dance-rock band discovered what they were missing in their later offerings. Previous albums Four and Intimacy received mixed reviews upon release, so it’s no wonder the two founding members Kele Okereke and Russell Lissack wanted to try something new……by trying something old.

Both founding members have said Alpha Games is an attempt to recapture the energy of their 2005 debut. This is evident in the opening track Day Drinker, which is rousing from start to finish. Okereke’s vocals are loud, brash, and confident, he steers the song as if descending upon an avalanche. His and Lissack’s guitars seesaw ferociously against each other as the drums and bass pound the falling ground.  It’s a fantastic opener that transports me back to my wild indie-club nights, sitting in a corner with two friends as we hair sprayed each other’s indie hair.

Okereke has said the opening track is a struggle for dominance that foreshadows the record. Traps, the first single of the album, follows this power-play. It’s another exhilarating performance that feels muscular, tense, and powerful. The single is a stand-out that simultaneously snarls and entices. Layered with comedic lyrics and unforgiving, relentless drums, the alt-rock band feels unstoppable. It’s a track that I cannot wait to see performed live (hopefully not from a corner but still with hairspray).

Okereke and Lissack are now joined by bassist Justin Harris and drummer Louise Bartle. Both members have added something that seemed missing on previous albums. The track You Should Know the Truth is accompanied by Bartle’s sweet harmonies and Harris’s polite bass runs. It’s a track much like REM’s The One I Love, which comes across as soft and pretty but its lyrics reveal a darker undercurrent.

Lyrically, Okereke has taken a different approach to Alpha Games. In many songs, he is writing about fictionalised characters rather than himself. Rough Justice lyrics feel venomous and overindulgent, unfortunately, these attributes bleed into the song and feel childish at times. Callum Is a Snake is another track that succumbs to these problems. It wants to be menacing but is uninspiring. It’s a diss track that sits nicely next to Machine Gun Kelly when it wants to stand tall with Eminem.

Thankfully, Of Things Yet to Come balances out the forced negativity. It’s an enchanting song that welcomes us to swim along with it. Okereke’s honesty opens up the whole track. It’s an uplifting mood that swarms us with delicacy. Both Sex Magik and In Situ have moments of euphoria that resemble the DNA of Silent Alarm. They are tracks that walk the line between experimental and safe, but either way, fall on alluring.

If We Get Caught is perhaps the stand-out track of Alpha Games. It’s light and airy, with Bartle’s angelic harmonies again lifting the song to new heights. Lyrically it feels stirring, and sonically it feels the same. If We Get Caught is a lovely song that feels warm from start to finish. It’s atmospheric and encapsulates a jolt of emotion that builds and builds. The song exhibits the resilience of the band that is found throughout the album. Whilst Alpha Games borrows from the past, it leaves room for the future, and I for one will be first in line for the (Bloc) party*.

*Sorry not sorry for that pun.