If we were to compare the English singer-songwriter Adele to a chess piece (I’m currently watching The Queen’s Gambit, note to self: learn how to play chess), Adele would take the position of Queen: moving in any direction across the board, powerful and elegant in her ways. The only difference between Adele and the Queen piece is Adele is not protecting any King; the King is a piece of trash that Adele throws out with her empty Worchester sauce bottles every week. 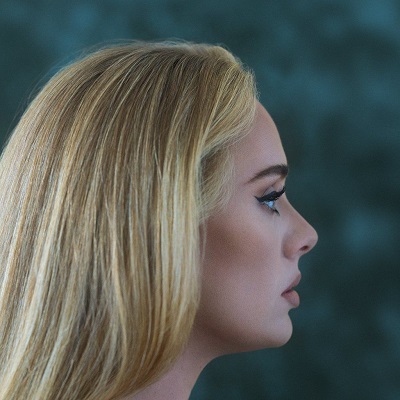 Adele has so many accolades that if I were to list them all, the pink-faced, moustachioed café owner (who has been staring at me for the last two hours) would demand that I purchase more than a flapjack and water (which I refuse to do). She was awarded an MBE, sold over 120 million records worldwide, won countless Grammy and Brit awards, and has even won an Oscar. Suffice it to say Adele is quite popular. With the anticipated release of 30, her fourth studio album, the singer-songwriter has caused seismic waves that can be felt from London to that island Tom Hanks stayed on with Wilson. The first single from the album Easy on Me broke Spotify’s record for most streams in a day with 24 million global streams on its release day. Again, Adele is quite popular.

Following on from her previous releases, 30 is an autobiographical account of the singer’s life up until this point. During this time, the London native married her partner of seven years and then subsequently divorced a year later. She told Oprah Winfrey of the guilt she had felt at breaking apart her nuclear family. The record uses this vulnerability, along with the Grammy-winners long battle with anxiety to explain the reasoning’s to her son, Angelo, whose questions crop up every now and then on 30. The LP feels more like a confessional piece, as if she has been asked by a therapist to make a diary as a coping mechanism; Adele has done this the only way she knows how, by recording her feelings and musings alongside idyllic musical ideas.

The song My Little Love with its sensual 70’s groove and heavy strings features recorded conversations between Adele and Angelo in between verses. Adele comforts her son by telling him “I love your dad ‘cause he gave you to me / You’re half me and you’re half daddy.” This peak into the singer’s private life does feel at times a little too intimate, it is reminiscent of sitting at a restaurant and overhearing the couple next to you as they quietly seethe at each other. It feels as if we shouldn’t be a part of this conversation but restraint has never been Adele’s style. The nuanced production of the chorus creates an atmospheric feel as we are drawn deeper and deeper into the singer’s fragile psyche: “I’m holdin’ on (Barely) / Mama’s got a lot to learn (It’s heavy).”

Adele understands that honesty is what makes her accessible. Her music is inspired by her life and her life alone. The heartache and guilt she feels at her divorce is peppered throughout the album, lyrically and stylistically. The opening track Strangers by Nature commences with vocals inspired by Judy Garland; accompanied by piano and a string quartet that punctuates every sentence. It is easy to imagine the singer, alone on stage, dressed in black and adored by spotlight, serenading a black-tie audience and easing them into the production. Produced and co-written by Childish Gambino’s producer Ludwig Göransson, the opening track acts as an introduction to the album with the verse “Will I ever get there? / Oh, I hope that someday I’ll learn / To nurture what I have done.” 30 is as honest as it is ambitious in scope.

The album is meant to be played chronologically, Adele is adamant in this order and was even instrumental in Spotify removing their default shuffle album setting (I wonder if she could influence my friend Alex into giving me back my This Is Spinal Tap DVD). The songs that follow relay the story of heartache, picking yourself up after a fall, and opening yourself up to new experiences (think any films where the female lead takes a trip to Ireland). The feel of the album borrows heavily from R&B and hip-hop artists such as Frank Ocean and Lauryn Hill with its nuance beats and emotional transparency. Adele has teamed up with Little Simz producer Inflo on three tracks and it is in these collaborations where she really transcends.

The Inflo produced Hold On is a homage to Motown with its Supremes style chorus backing and vocals that sound otherworldly. The soulful ballad features Adele’s own friends singing the closing anthem “You, just hold on, you, just hold on.” This sense of realism makes the song feel almost gospel with the beginning timid in interpretation and the ending thunderous in response, I can imagine Joe Rogan putting the ending on a continuous loop as motivation for one of his runs or whatever it is he does. Love Is a Game closes the album in a truly cinematic performance with string-swirling, whimsical delight. The nearly seven-minute opus is filled with romance and self-reflection that happily uplifts with every beats. The message is clear, love is worth the heartache, and if anybody should know, it’s the queen herself.

I did want to say that I was very sceptical when I saw the title I Drink Wine; I was imaging Adele as one of those women who wear t-shirts with the slogan “may contain wine” or someone who has a kitchen plaque with “It’s always wine o’clock.” Luckily, it is an honest, Elton John inspired bal…actually, I better end the review here, the now red-faced moustachioed café owner just handed me my second menu…