Dave Grohl’s standing in the music industry has grown to an iconic status over the past 20 years. Having broken into the mainstream with the legendary grunge outfit Nirvana back in the eighties he was principally known for his drum skills, taking a slight backseat in a three-piece band who became the pioneers and leaders of the Seattle grunge movement, making the genre an international staple in music and who went on to inspire a legion of bands and fans that would follow and idolize the trio to this day.

When Nirvana front man Kurt Cobain found life’s full-stop, the band was torn apart but that wasn’t the end of Grohl’s time in the spotlight. Before long the shaggy haired ‘nice man of rock’ founded the Stadium-rock juggernaut, Foo Fighters. The band have been going strong since 1994 and have won an impressive 11 Grammy Awards for their output of multi-million selling studio albums and continue to play to sold-out audiences around the world each year.

Los Angeles recording studio, Sound City Studios has also lived a fruitful life in the spotlight having numerous A-list acts through its doors between 1969 and 2011, when the studio finally closed its doors. Numerous gold and platinum selling records were recorded within the walls of Sound City Studios by the likes of music veterans such as Tom Petty and the Heartbreakers (Damn the Torpedoes) Elton John (Caribou), Nirvana (Nevermind), Fleetwood Mac (Fleetwood Mac, Greatest Hits) and Red Hot Chili Peppers (One Hot Minute) through to more recent acts including Josh Groban (Illuminations) and Arctic Monkeys (Suck It And See). The studio was an icon in the US much like Abbey Road Studio’s is in the UK.

As an artist who has been a regular through the doors of Sound City Studios over the past 30 years, a special place is held within the heart of Foo Fighters front man Dave Grohl who has recently made his directorial debut with the release of the music documentary, Sound City – Real To Reel, a film that pays a sentimental homage to the life and times of one of music’s most iconic establishments. The soundtrack he has produced to go hand in hand with the release of the film is equally as impressive and pairs the rocker up with an incredible line-up of some of the industry’s most elite.

Being such a big Stevie Nicks and Fleetwood Mac fan I dove in slightly biased to the Nicks/Grohl collaborative number, You Can’t Fix This and the addition quickly became my favorite number on the soundtrack. You just can’t help but love Stevie’s vocals with their smoky tones and gypsy-songbird approach and this inclusion provides further evidence of the singers vocal mastery as she performs a catchy, mid-tempo nugget within Sound City – Real To Reel.

Dave is joined by fellow Foo Fighters members Taylor Hawkins, Nate Mendel and Pat Smear for the staccato heavy, anthemic rocker, The Man That Never Was which calls on the vocal skills of music veteran and Jessie’s Girl hit-maker, Rick Springfield.

Queens of the Stone Age vocalist Joshua Homme, who Grohl has worked with in side projects regularly over the years, joins the soundtrack for two key points; Centipede, a guitar-picked and atmospheric beauty holding centre stage in the middle of the track listing as well as the closing Mantra which also invites Nine Inch Nails vocalist Trent Reznor along to unleash a powerful and memorable outro to Sound City – Real To Reel. The latter track is a diverse closing to the soundtrack as it begins as a surprisingly gentle and instrumentally minimalistic number before reaching its center point where it evolves into a guitar wielding, drum heavy rock monster allowing the trio to really go to town on the track.

Another notable of the record comes in the meaty form of the Lee Ving collaboration, Your Wife Is Calling. Probably the most energetic and raw of inclusions heard here, the number enlists the work of a harmonica to provide the numbers creamy –yet-rough filling while the punk-edged and head thrashing moments heard throughout the bulk of the number provide the track with a truly entertaining quality.

Dave Grohl really has done a fine job at pulling in some of the industry’s most highly respected artists to pay tribute to a studio that has churned out so many of the music’s most cherished and iconic records. The soundtrack that he offers us to accompany his acclaimed directorial debut provides us with a reminder of not just the high quality of artists we have with us these days but also a bittersweet reminder of an iconic establishment lost. 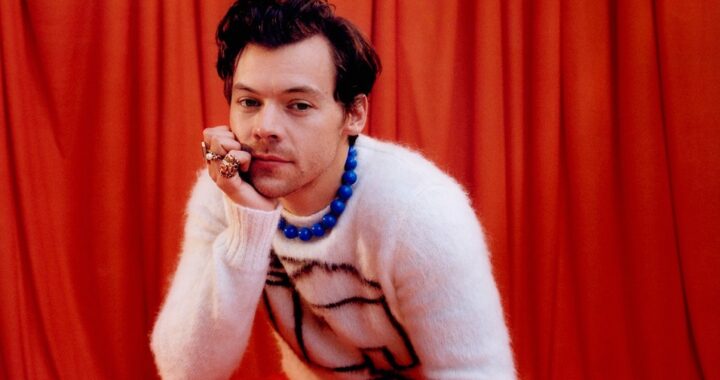