This week The Damned announce a huge UK tour for March/April 2023, with special guests The Nightingales.

David Vanian, Captain Sensible, Monty Oxymoron, Paul Gray and Will Glanville-Taylor will tour the UK in support of a brand-new album coming next year. Tickets go on sale at 10 am on Thursday 24 November here.

After the success of 2022’s Original Line-up tour and also the release of the film/album A Night Of A Thousand Vampires, which reached #1 on the UK Official Music Video Chart, The Damned current line-up have been hinting at new music for 2023, a Damned new world… watch the teaser trailer below.

In support of their upcoming project The Damned will hit the road, opening their tour in Cardiff on 31 March and closing with a show at Alexandra Palace Theatre in London on 20 April. They’ll also perform in Southend, Oxford, Nottingham, Liverpool, Newcastle, Glasgow, Leeds, Manchester, Birmingham, Bristol, Norwich, Brighton and Southampton.

See all dates and venues below. 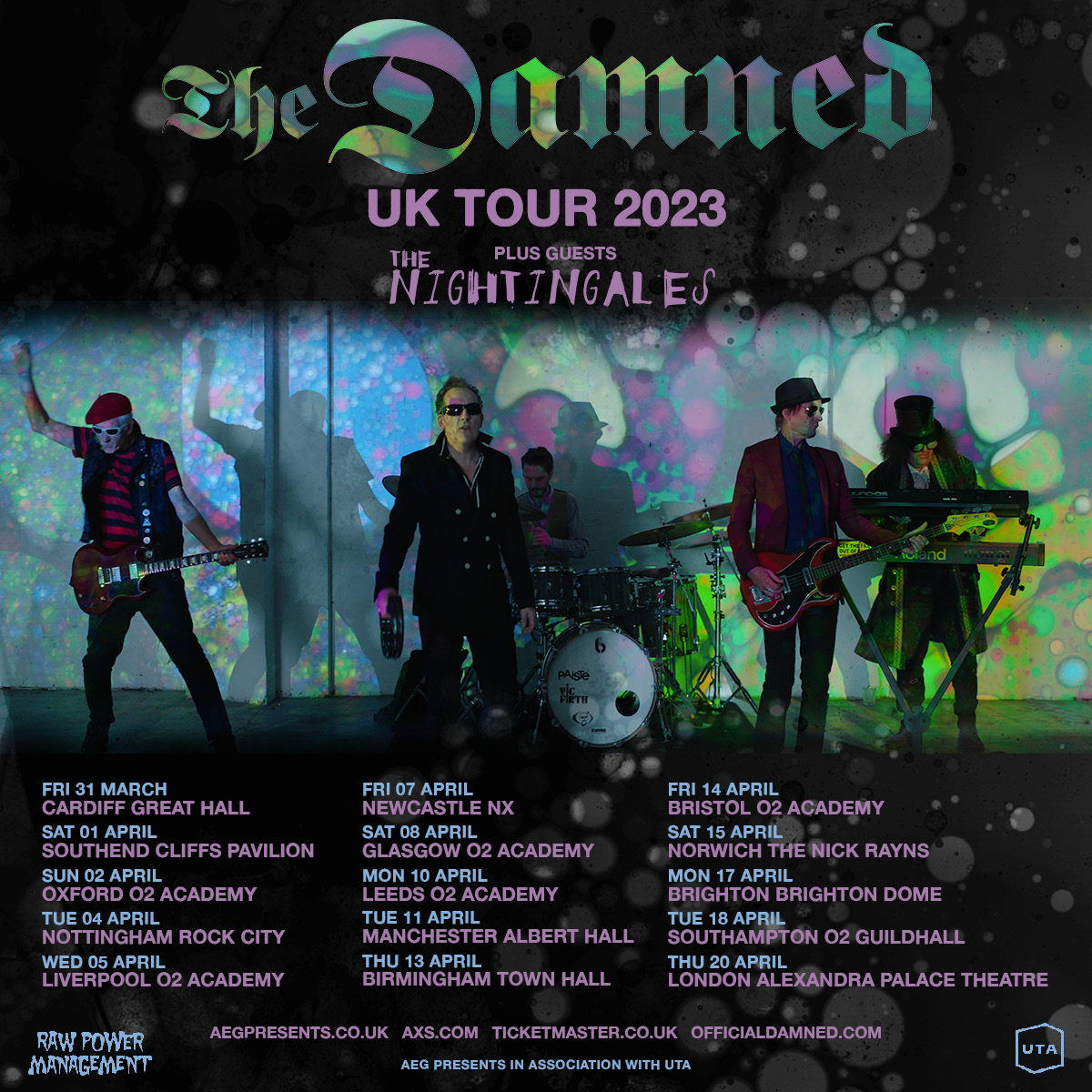