American Express presents BST Hyde Park brings back the superstars for 2023 and today announces one the biggest and best loved UK groups ever – Take That.

With 12 UK number 1 singles and 8 UK number 1 albums, Take That are a global British success story, debuting in 1989, selling over 45 million records and scoring Number 1s right up to their last album ‘Odyssey’ in 2018.

Their classic songs are their calling card – from early pop smashes like ‘Everything Changes’, ‘It Only Takes A Minute’ and ‘Relight My Fire’ to ‘Back For Good’, ‘Never Forget’, ‘Shine‘ and ‘These Days’ – they are the soundtrack to millions of lives.

Take That say: “We’re so excited to be back together and that BST Hyde Park will be the first stage we perform on in almost four years. We have incredible memories of playing there in 2016, and we can’t wait to see everyone in July.”

Irish rockers, The Script, will join Take That in Hyde Park next July. The BRIT Award nominees have been performing for over 20 years and sold over 11 million records worldwide. Their self-titled debut album went straight to No.1 in the UK Album Charts, the first of five UK No.1 albums to their name, featuring fan-favourite singles ‘The Man Who Can’t Be Moved’ and ‘Breakeven’. Having released new music last month with the single ’Dare You To Doubt Me’, and currently on a world tour performing their Greatest Hits, The Script are not slowing down.

Take That joins previously announced Bruce Springsteen and the E Street Band, Billy Joel, P!nk and BLACKPINK on the BST Hyde Park billing for 2023 so far..

American Express Cardmembers can take advantage of the first presale from 10am on 28th October.

Tickets will go on general sale on Thursday 3rd November. 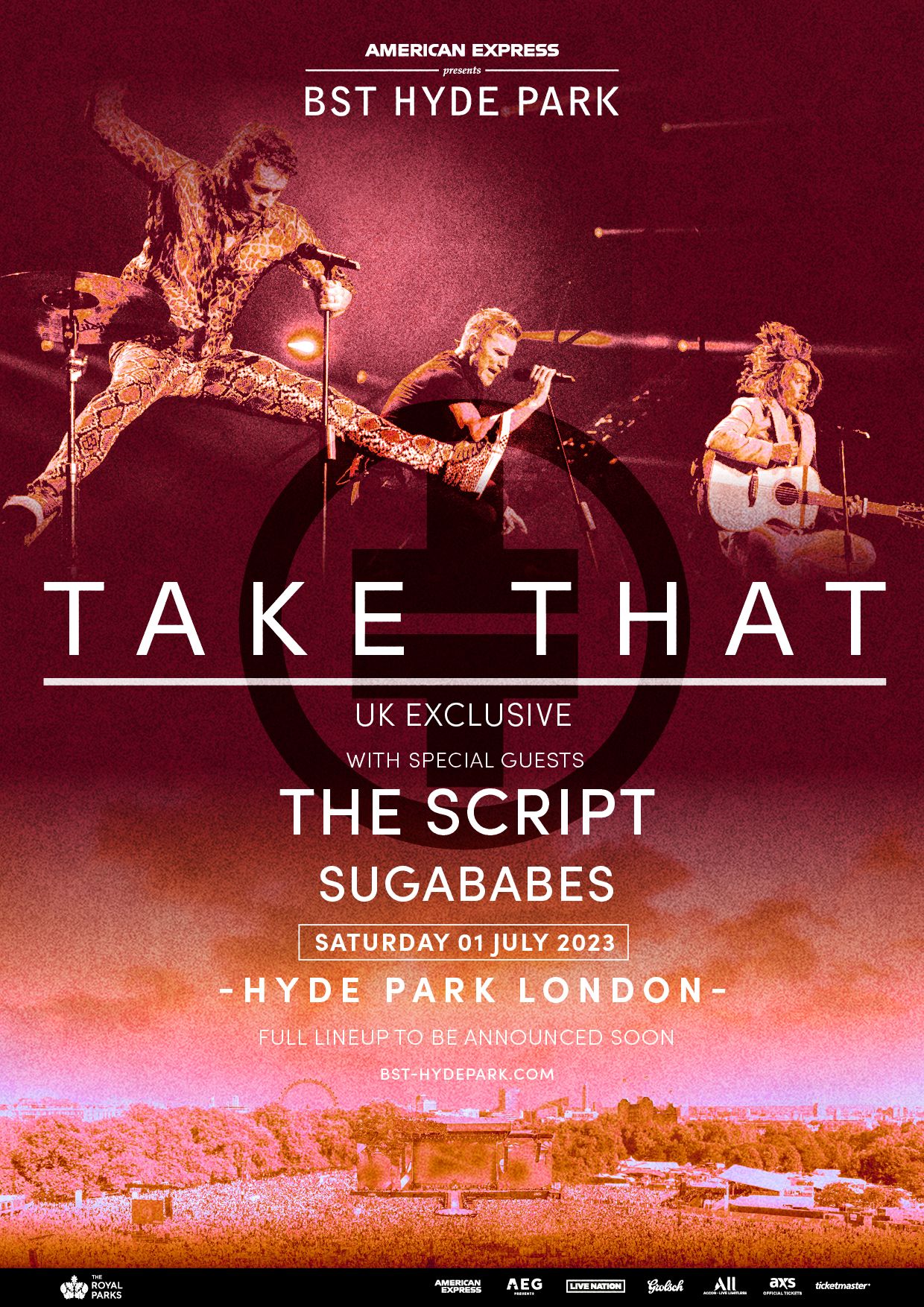 Tags: Sugababes Take That The Script