Alt-pop icon Lights has today announced her highly-anticipated new album PEP, arriving 1st April. The news is heralded by the release of hypnotic new track Salt and Vinegar, which is accompanied by the official music video. Watch here. PEP is available for pre-order now via Fueled By Ramen.

Lights expanded, “I’ve never understood the task more than I did when I was making this record. My vision feels complete, and every single component comes from this very intense evolution I’ve experienced in my personal life over the last few years.” She adds, “We’re all products, we all market ourselves every single day. The idea behind PEP is if you’re going to brand yourself, then brand yourself to happiness.”

In celebration of the record, Lights’ ‘Baby I’m Back’ North American headline tour will kick off on 3rd April in Portland, making stops at The Fonda in Los Angeles and New York City’s Irving Plaza before wrapping up in Toronto, Ontario on 7th May. Tickets for all dates are available now. For more information, please visit www.iamlights.com.

Lights also shared ‘The Clinic’, a new side story based off Lights’ Skin&Earth comic series. Written and illustrated exclusively by Lights herself, the entire story is available to read now at www.visittheclinic.com. 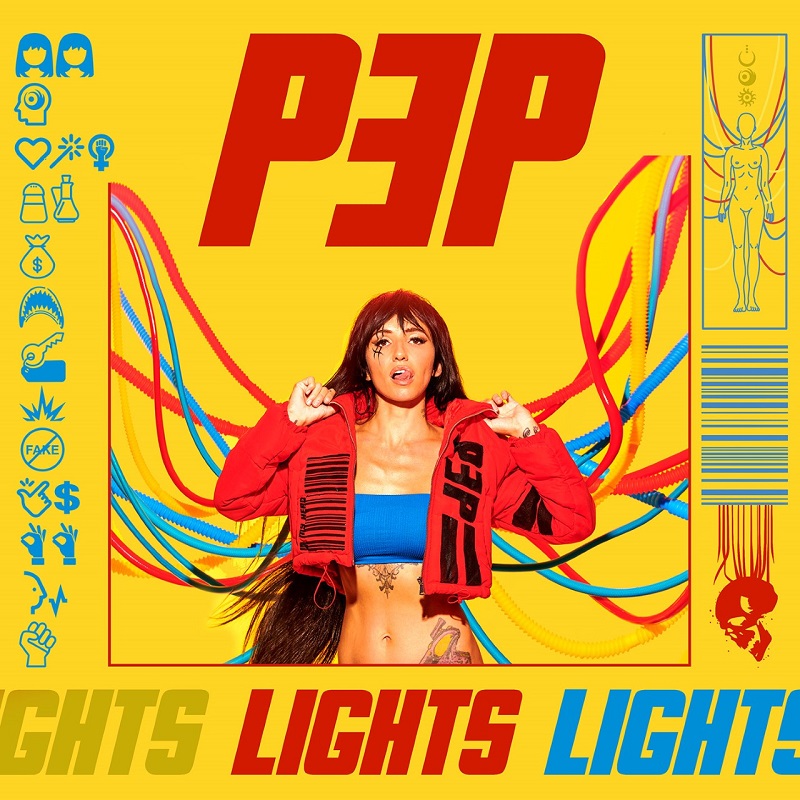