The California band’s sales eclipse 23 million albums worldwide to date with multiplatinum and platinum certifications from around the globe. 2017’s 8 bowed at #4 on the Billboard Top 200, marking their fifth consecutive Top 5 debut on the respective chart.

Additionally, they maintain their status as a streaming phenomenon, averaging 5.4 million monthly listeners on Spotify and clocking over 1 billion-plus streams.
2019 saw them celebrate the 20th anniversary of their triple-platinum third studio album, Make Yourself, with a sold-out tour. Containing the singles “Pardon Me”, “Stellar” and “Drive”; Make Yourself was a pivotal moment in the band’s history.

2022 sees Incubus touring extensively across the US throughout the summer before returning to the UK this autumn. Tickets for Incubus go onsale at 9am on Wednesday 30th March via www.gigsandtours.com, www.ticketmaster.co.uk and www.incubushq.com. 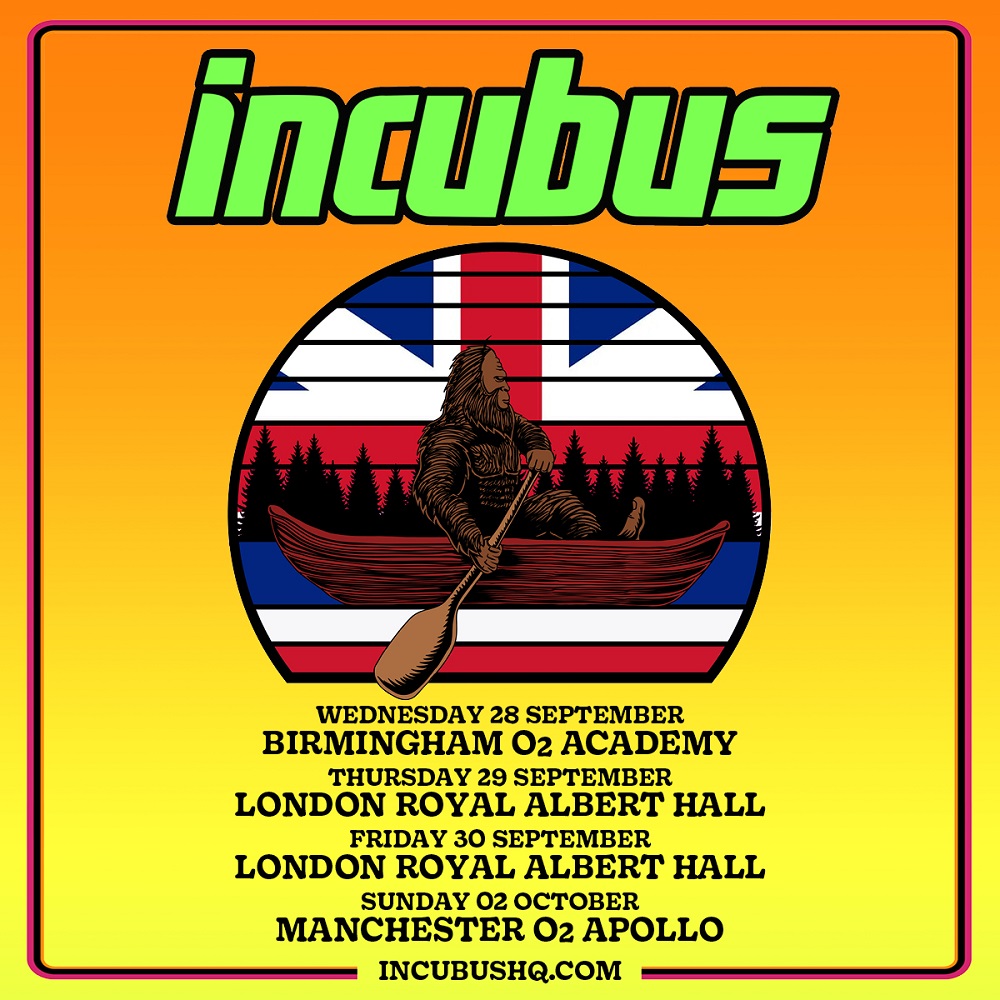