(US) Dawes announced today new American summer tour dates throughout the country in support of their just-released album All Your Favorite Bands to add to an already extensive run of shows that began last week and continues into October.

Last week Dawes posted a beautiful stripped down version of their current single, “Things Happen” on YouTube. Shot in the band’s hometown of Los Angeles, the video captures a unique performance that mixes up the standard Dawes instrumentation by including a drum machine, a melodica, and a glockenspiel. Taylor also recently appeared on the popular podcast The Moment with Brian Koppelman. A band session from NY radio station WFUV is available now, as is a “Now Listening” Spotify playlist put together by drummer Griffin Goldsmith. Dawes will perform “Things Happen” on Conan on June 11. The band also appeared on KCRW’s Morning Becomes Eclectic on June 3, which is now available to watch here.

Produced by David Rawlings at Woodland Sound Studios in Nashville, TN, All Your Favorite Bands is Dawes’ fourth album and second on their own label. It includes nine bracing new original recordings written by Taylor Goldsmith, except for the title track, which was co-written with Jonny Fritz. The album highlights the outstanding musicianship of Taylor (lead vocals, guitar), Griffin Goldsmith (drums, background vocals), Wylie Gelber (bass) and Tay Strathairn (keyboards, background vocals) that Dawes fans around the world have come to cherish.

All Your Favorite Bands also features the vocal support of Gillian Welch and The McCrary Sisters, as well as David Rawlings on guitar and vocals, Richard Bennett on acoustic guitar and Paul Franklin on pedal steel. Buy the album on iTunes or Amazon or visit here for deluxe packages. NPR’s “First Watch” premiered the new video for the album’s first single, “Things Happen.” 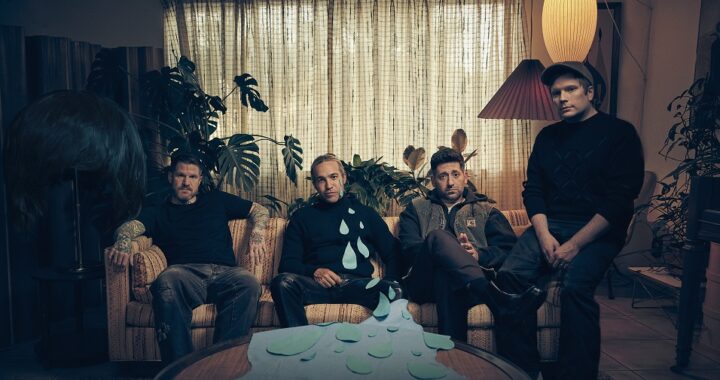