Multi-award-winning, singer-songwriter Corinne Bailey Rae has announced her U.K. Headline tour for 2022. Corinne Bailey Rae will be hitting the road, for performances throughout the U.K. Kicking off in Cambridge 20th April, with stops in Birmingham, Manchester, Leeds, Newcastle and Bexhill as well as a headline show at the Southbank Centre’s Royal Festival Hall before concluding in Bath on Wednesday 4th May. Tickets go on general sale Friday 3rd December at 10am via MetropolisMusic.co.uk

Soul-rooted contemporary R&B singer-songwriter, with multiple top ten U.K. and U.S albums, Corinne Bailey Rae shot to stardom with her self-titled #1 UK debut album in 2006, featuring the global hits Put Your Records On and Like A Star. Bailey Rae has received two GRAMMY Awards, two MOBOS, alongside multiple nominations including BRIT and BET Awards. She was awarded her first GRAMMY in 2008 for Album Of The Year when featured on Herbie Hancock’s River: The Joni Letters. Her second album, The Sea (2010) was nominated for the prestigious Mercury Music Prize. The subsequent EP Is This Love garnered a GRAMMY for Best R&B Performance. 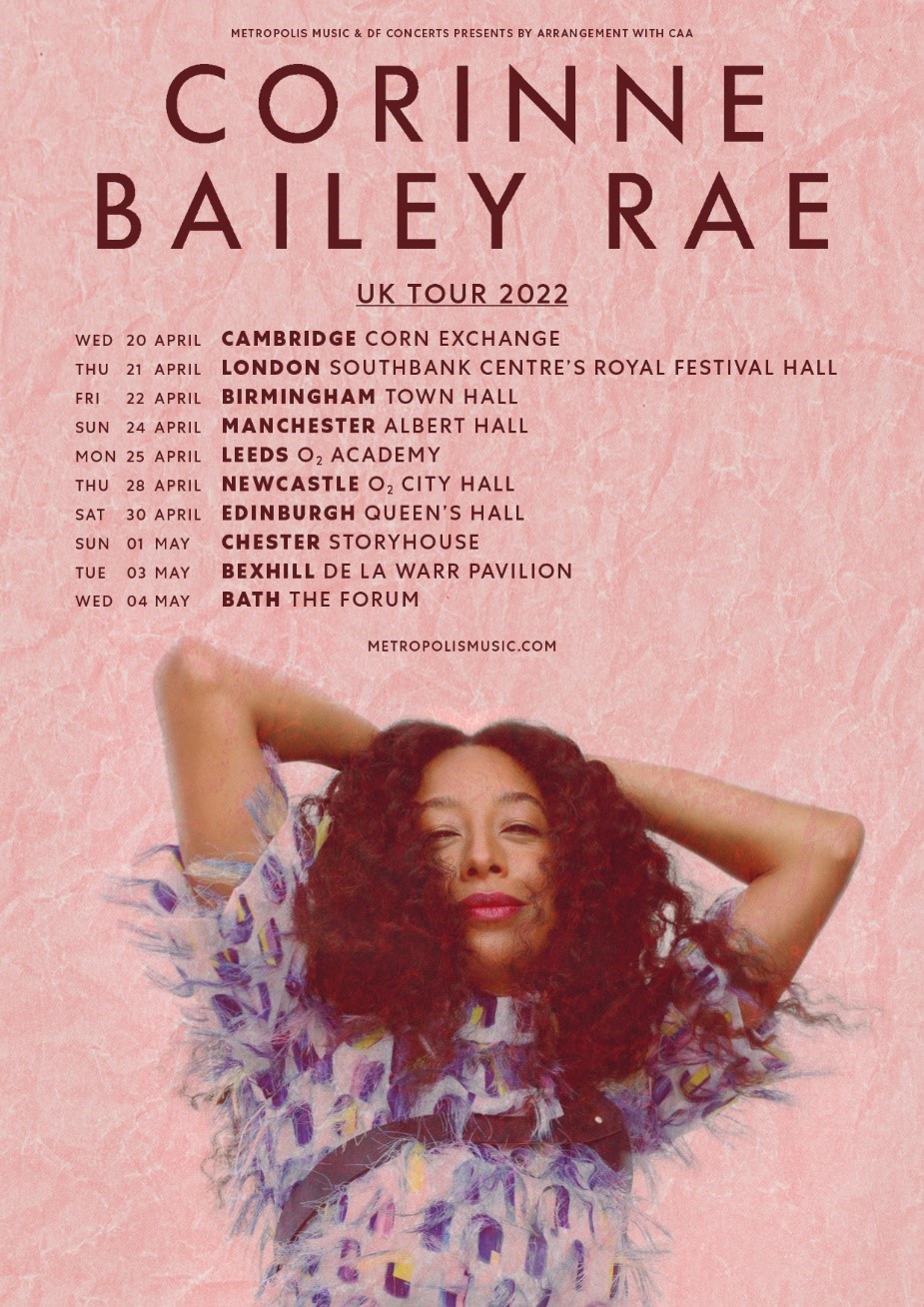