The So Nice Tour kicks off on February 5th 2023 in Dublin, Ireland and heads over to the UK on February 7th 2023 in Leeds, the nationwide tour will include dates in Glasgow, Manchester, Birmingham, Bristol, Brighton and will conclude with a huge London show at Alexandra Palace on February 15th 2023. Tour support will be from Lewis Ofman.

The upcoming tour will be in support of Jepsen’s fifth studio album, The Loneliest Time, due October 21st 2022 via 604/Schoolboy/Interscope Records, and is available to pre-order.

Her most introspective body of work to date, The Loneliest Time expands on the emotionally potent songwriting and effervescent sound that Jepsen has showcased on past work like 2015’s critically lauded and culture-shaping E*MO*TION. In bringing her new album to life, Jepsen worked with collaborators Tavish Crowe, Rostam Batmanglij, Bullion, Captain Cuts, John Hill, Kyle Shearer, and Alex Hope among others.

Jepsen’s infectious new single Talking To Yourself will feature on the upcoming album alongside previous tracks Beach House and Western Wind. 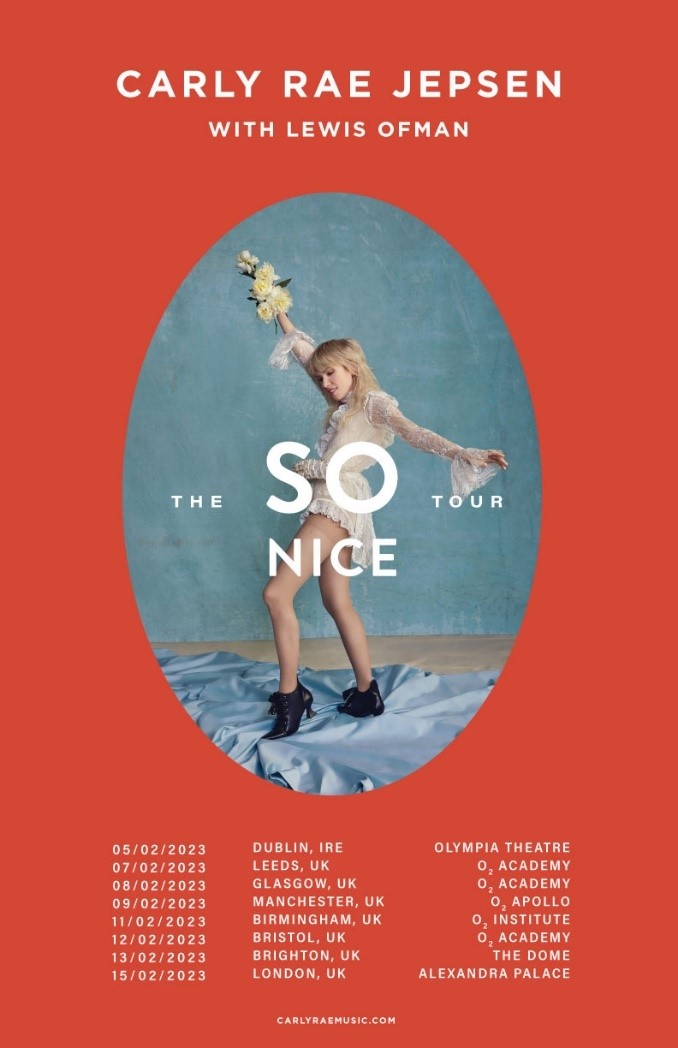