After 490 million career streams to date, a revitalised and resurgent Aquilo recently released their new album ‘A Safe Place To Be’. The release of the album coincided with the news of a pair of upcoming shows in the UK – in Manchester and London – their first shows in almost four years.

Having previously performed at Glastonbury, Latitude and SXSW, supported Oh Wonder and headlined London’s Scala, Aquilo are set to make a long awaited return to touring early in 2022. Tickets for all of their UK and European headline shows, listed below, are on sale now and disappearing very quickly.

The duo added, “After having two tours cancelled due to the pandemic we just can’t wait to be back on the road again. We’ve released quite a few songs since we last toured and it usually feels like they take on a life of their own when they enter the live show. Seeing people’s faces that have been tuning into our music over the past two years we’re pretty sure will make the long wait all that bit more worth it.” 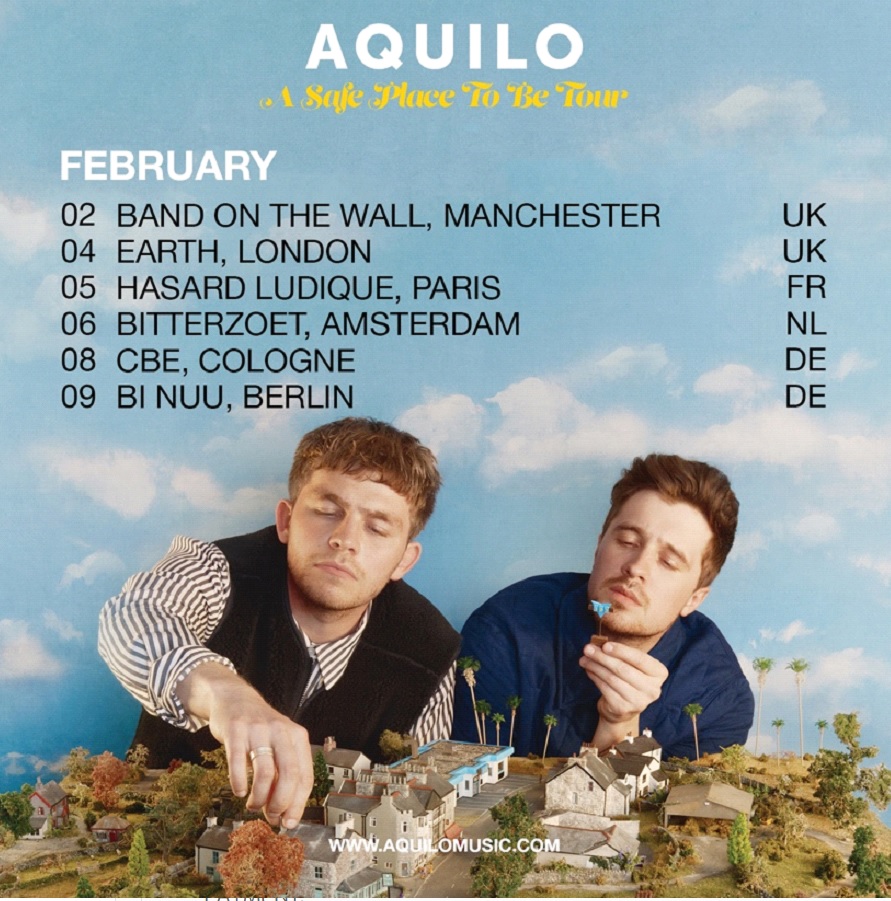