There is something to be said for keeping things simple. We all know people whose answer to the past few years has been minimalism: “Get rid of everything! Lose that hamburger phone! Do I really need three pizza cutters? Why did I buy this indoor hammock?” It’s cleansing to go back to basics, to champion simple living. With their fourth studio album Brightside; The Lumineers have released their most modest and understated album yet. 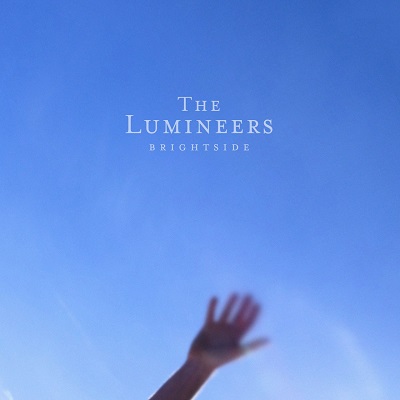 Founding members and songwriters Wesley Shultz and Jeremiah Fraites veered from their immersive 2019 masterpiece III (a three-part concept album exploring addiction through a fictional family) with the release of nine tracks full of sparse beauty and absolute sincerity. The Denver band have sidelined their need for perfection and embraced rawness and spontaneity. Shultz (lead vocals, guitar) said Brightside “is more childlike…it feels more carefree and less calculated, because it was…it was more a stream of consciousness kind of album.” Sometimes the message of an album can get lost under heavy, bloated production but with Brightside, The Lumineers have exposed the brickwork of their creativity and unearthed a cathartic, lovely sound.

Comprised of Americana road songs, Brightside is an LP that feels at home in the smallness. At only thirty minutes, The Lumineers fourth album is an immediate listen but one which stays with you. Imagery of love, friendship, the desert, and crowded tiny bars spring to mind throughout the record. The album opens with the title track Brightside. Recorded in a single day, the song finds comfort in an electronic soundscape with vocals that match the rugged, tousled guitar. The song revolves around the devotion of lovers during desperate times, with lyrics that are optimistic as well as authentic: “You were blowin’ in your hands / The heater broke in the Oldsmobile.” The Lumineers exhibiting effortless song writing that perfectly sums up the relatable simplicity of the record.

A.M. Radio follows the title track and features the band at their most captivating. With stripped down acoustic guitars and frantic, gentle piano parts, A.M. Radio feels sparse yet loud. With “the biggest chorus we’ve ever recorded” (Shultz), the song builds to an emotive bridge that demands absolute attention. The powerful yet soft piano brings us to a complete standstill as it pulsates through the lyrics. Rollercoaster is another track that is gorgeous in its melancholy. Its sound is peaceful as the vocals take us on a sombre, wistful journey through life. The simple strums of acoustic guitar and beautiful piano carries the song into a lullaby, evoking images of walking through an empty theatre with something on your mind.

Brightside may be a short listen, but it is an affectionate listen, a stirring listen that was born out of simplicity. Though some songs may miss the mark (Remington and Big Shot), the album still feels emotionally relatable with dark moments humbled by persuasive beauty.