It has only taken two years for TikTok star and Eurovision finalist Sam Ryder to rise from relative obscurity, but what a two years they have been for him. After his covers started gaining traction on the social media platform in 2020, he was quickly picked up and moulded into the UK’s Eurovision hopeful. After years of defeat, his song SPACE MAN finally did what no one thought possible, earning the UK its highest result in decades, second place. Now, just a few months on, Sam has returned after a handful of singles with his debut full-length album. 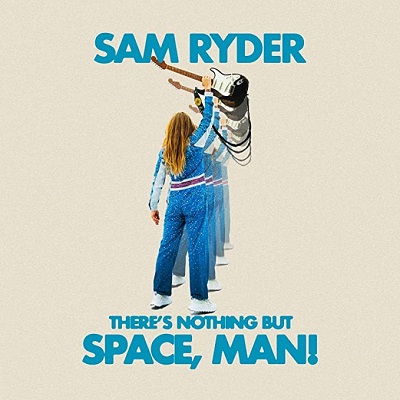 Opener Deep Blue Doubt begins lowly with soft pianos, allowing Sam’s vocals to be the true start to the album, before transitioning into staccato guitars and driving drums. The song that began it all for Sam follows this one. SPACE MAN is a perfectly written pop song, one that fits just as well here as it did at the Eurovision Song Contest. Somebody and Tiny Robots follow, continuing SPACE MAN’s momentum. Released as singles, both songs provided proof that Sam wouldn’t be a one-hit-wonder, and here in the tracklist they sit comfortably.

All The Way Over is a pitch-perfect love ballad, with Sam singing of a breakup. It gives the album a moment of gravity, exploding to musical-theatre-levels in the bridge where a full orchestral ensemble appears. Put A Light On Me takes a classic Euro-pop flare, complete with phaser-heavy guitars and a pounding club beat. Ten Tons brings in the choir to elevate its uplifting sound, while Sam sings of lifting life’s weight together. Lost In You takes it down a notch, this time with acoustic guitar, providing an adequate conclusion, before Sigala’s Living Without You adds a more upbeat ending.

There’s Nothing But Space, Man is exactly what fans of Eurovision should expect. It’s a varied collection of current and tried and tested pop formulas, packaged together with Sam’s powerful voice, and a smattering of vaguely sentimental and emotional lyrics. What he looses in uniqueness, Sam makes up for in the consistent songwriting, and energetic performances. It’s no mean feat that Sam and his team have managed to create an album that not only embodies the energy of the competition, but also turn out solid song after solid song.